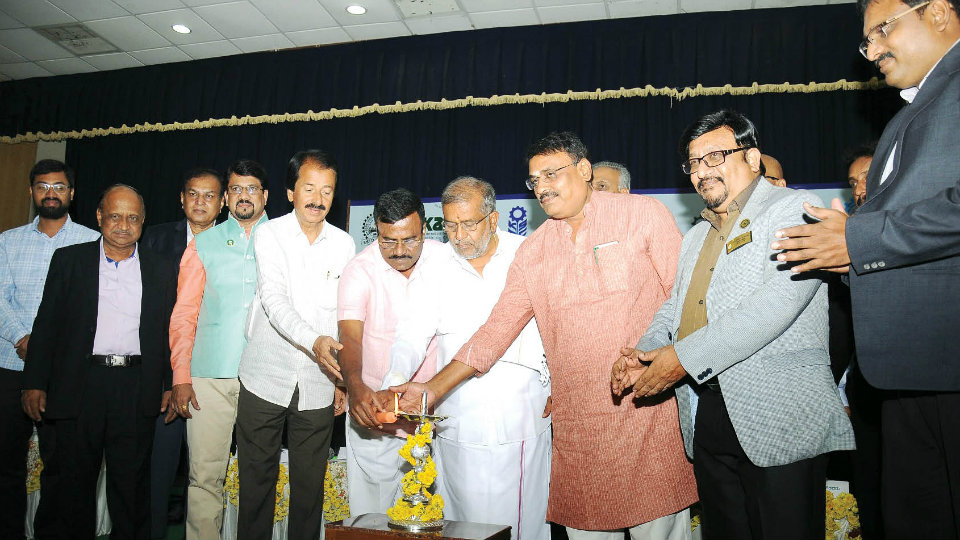 Mysuru: “Officials of Small Scale Industries have converted the Department into a real estate firm and are pocketing huge commission. Over the years, they have grown like whales and they run their racket in a blatant manner.”

These are not the words of a social activist or an opposition party leader who is criticising a government department. These words came from none other than Small Scale Industries Minister S.R. Srinivas who is in-charge of the department.

The Minister was addressing the gathering during an awareness programme on ‘Karnataka Industrial Policy 2014-19 and the ease of doing business’ at an event organised at Rani Bahaudur auditorium, Manasagangothri, in city yesterday. The programme was organised by Government Ministry of Micro, Small & Medium Enterprises (MSME) Directorate, Union MSME Development Organisation and Karnataka Small Scale Industries Association. 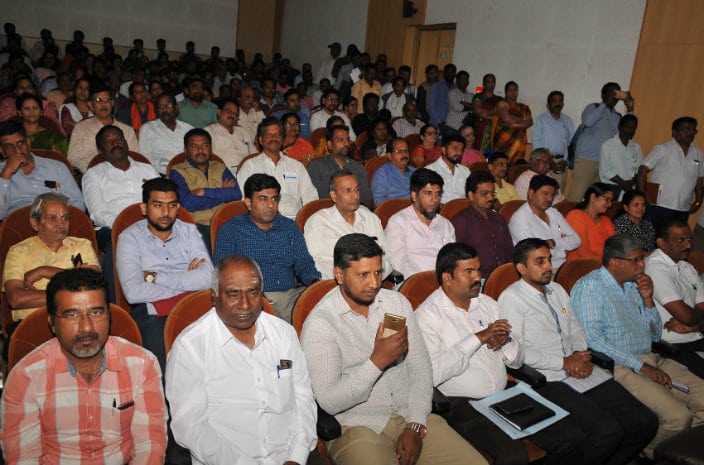 “I have already changed four managing directors, yet it is still becoming difficult to understand the functioning of the Small Industries Development Corporation. Still, 4,000 sale deeds remain to be distributed. I have made my mind to bring some reforms in the department and I know that it is difficult to get rid of these ‘sharks’ who have been drowned in corruption since decades,” Srinivas said.

Revealing that over 2,000 industrialists who have got government land to set up their plants but have not been able to start industries, the Minister said that it is due to unscrupulous officers that the government cannot implement its programmes fully.

Continuing to vent his ire, the Minister said, “Such is the way they behave with industrial aspirants that, if anybody comes with an application, they discourage them at the initial level itself. They do not even have the patience to direct them to the authorities concerned. If they continue to delay the implementation of schemes, how can beneficiaries avail benefits and also start the industry in time,” Srinivas asked.

The Minister’s outburst received a huge round of applauses from the audience and this probably inspired him to go hammer and tongs at the officials. “Inordinate delay in the distribution of sale deed to the industries still remains a cause of concern with 4,000 sale deeds distributed against sites allotted to 7,433 industries.

Comparing other states with Karnataka, the Minister said, “Though Karnataka is the second largest grower of coconut in the country, after neighbouring Tamil Nadu that is on the top, we have failed to tap the benefits of the same. Tamil Nadu has exported products made using fibre of coconut husks worth Rs. 3,000 crore. Kerala has exported coconut fibre products valued at Rs. 6,000 crore. Sadly, there is no single paisa revenue in Karnataka from the same.”