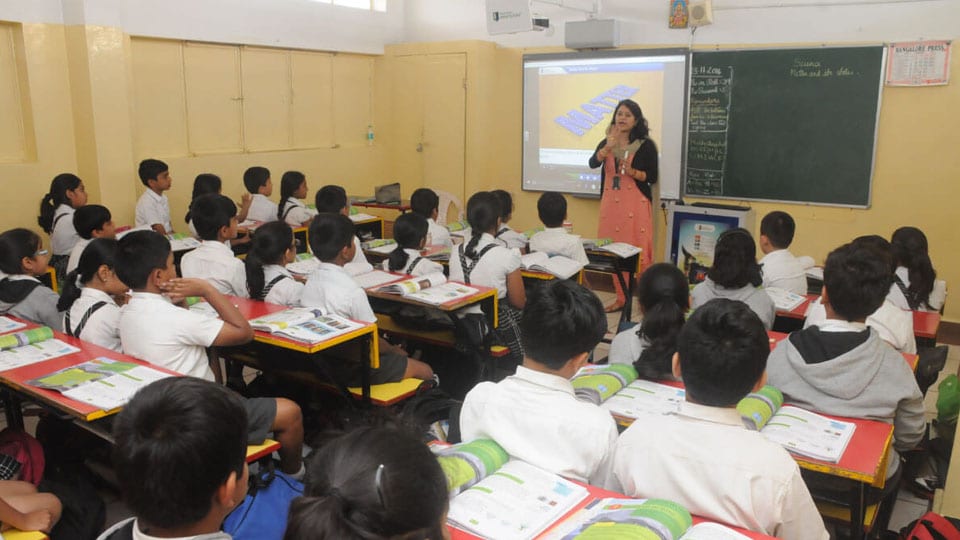 ‘Kannada must in ICSE, CBSE Schools’

Addressing the media persons here yesterday, he said that disciplinary action will be taken against education officials too if these schools do not teach Kannada in their schools. According to the rules, the CBSE and ICSE schools must teach Kannada as a subject. However, a few schools are violating these rules.

Hence, action will be taken against such schools. Action will also be taken against DDPIs (Deputy Director of Public Instruction) and BEOs (Block Education Officer), who show laxity in applying the rules. Besides, he personally would visit schools at the district-level to inspect whether these schools are following the rules, he added.

The schools, which do not give importance to Kannada, will be warned in the first stage. If they continue to ignore the warning, then action will be taken against them, he said.

In order to see that even the poor and the children in rural areas get quality education, English medium has been started in 1,000 schools in the State. As a result, the demands for these English medium schools have gone up.

Since there is a demand, the matter will be discussed with the Chief Minister and from the next academic year, more English medium schools will be started, said Srinivas.

The government’s intention is to see that even rural students get good quality education. That does not mean that Kannada medium schools will be closed. At the taluk level, every year 20 to 30 schools are shutting down. In the light of this, the Government itself is opening English medium schools.

Along with this, the Kannada medium schools will also be provided better facilities and the children there will be given quality education. Efforts are on to involve the Corporates to provide basic facilities to the rural schools, he said.

Kannada medium schools will not be closed. Every year 20 to 30 schools are shutting down at the taluk level. In the light of this, Government itself has started English medium schools. Along with these schools, Kannada mediums schools will also be provided basic facilities and their standards improved, said Minister S.R. Srinivas.