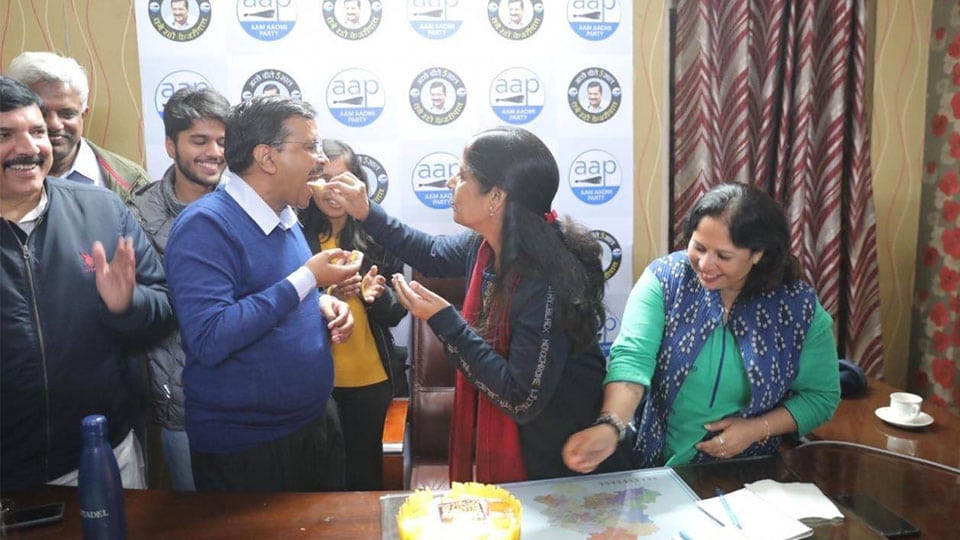 People on Twitter gave birthday wishes to Sunita Kejriwal, who had campaigned extensively for her husband. Both were officers of the Indian Revenue Service before Kejriwal joined politics. On voting day last week, Sunita had tweeted a family photo outside a polling station. She said her son voted for the first time in any election.

She had campaigned for her husband before the Delhi election, going from door-to-door with AAP workers. On attacks by BJP leaders who called her husband a “terrorist”, she had said, “I think people will give them (BJP leaders) a befitting reply. It’s been 25 years since we are married. He (Arvind) has always told social service is his passion. Those who are saying even they know are lying… either they are under some sort of pressure or they lack an individual identity.”