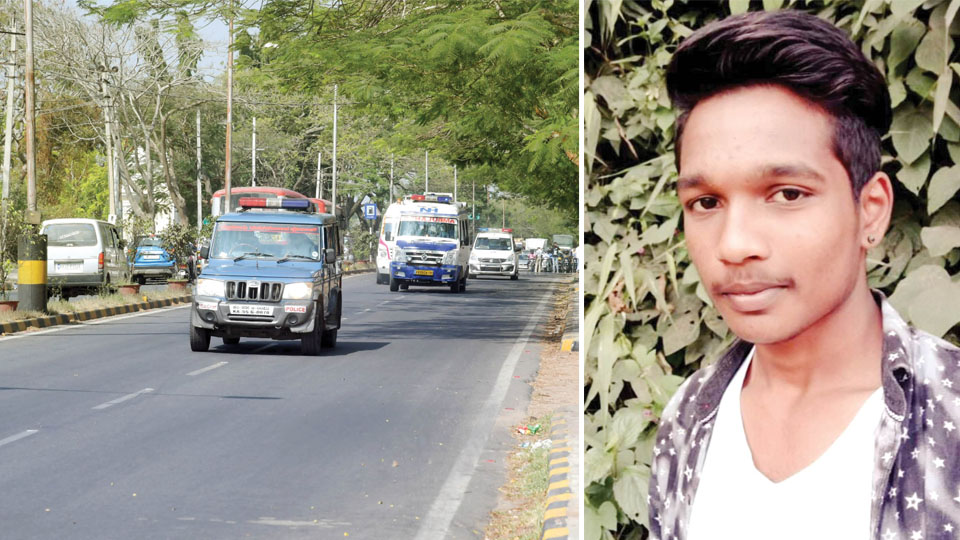 Mysore/Mysuru: In their hour of grief of losing a 22-year-old family member, a grieving family made a conscious decision to donate his organs to save the lives of a couple of recipients who are in the line, waiting for vital organs.

A young Madan Raj met with a road accident near Koppa on Avarthi Road, Periyapatna, on Feb. 9 at 8.30 pm. He was wheeled into Apollo BGS Hospitals, Mysuru, on the same day at 11.30 pm in an unconscious state. Initial tests were done and he was kept under observation. He had suffered severe traumatic injuries.

Yesterday, Madan was declared brain dead and as per the hospital protocol stipulated by the Transplant of Human Organs Act 1994, a panel of doctors certified that he was healthy before the incident and was fit for organ donation.

Madan’s family was counselled for organ donation as per the defined protocol.

The patient’s relatives readily agreed to donate vital organs. As per organ donation protocols, officials from Jeeva Sarthakathe which was earlier known as Zonal Coordination Committee of Karnataka (ZCCK) initiated the process as per the waiting list of organ recipients.

His vital organs were retrieved this morning and the heart was transported to Narayana Hrudayalaya, Bengaluru, through a Green Corridor from Apollo Hospital. The ICU-equipped advanced ambulance will cover an approximate distance of 127 kms.

The Mysuru Police, along with their counterparts at Srirangapatna, Mandya, Maddur and Kengeri, are scheduled to ensure corridor free of traffic signals to facilitate the heart transfer. This system is also referred to as the ‘green corridor’ wherein all the traffic lights on the particular route are lit green.

Madan’s liver and one kidney have been retained at Apollo BGS Hospitals and will be implanted on recipients as per protocol. The other kidney has also been harvested and the recipient hospital is not disclosed.