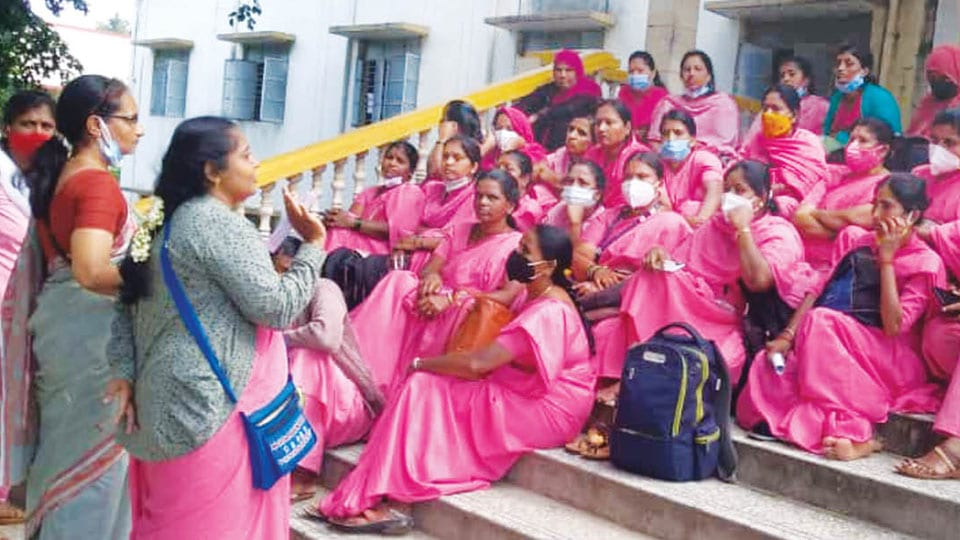 Mysore/Mysuru: Urging for fulfilment of their various demands, ASHA workers under the banner of Karnataka State Samyukta ASHA Workers Association, staged a protest in front of District Health and Family Welfare Office at Nazarbad on Tuesday.

The protestors said that ASHA workers working in Mysuru city limits are unable to upload the ANC and PNC data in the RCH portal, resulting in them not getting their incentives.

Pointing out that Rs. 1,000 which was being given to them for COVID work has been stopped, they said that they would not take up any COVID works in future and urged that the incentives being provided by the State and Central Governments be given on the fixed date every month. They also urged to fill up vacant posts in the Department so that the burden on them would ease.