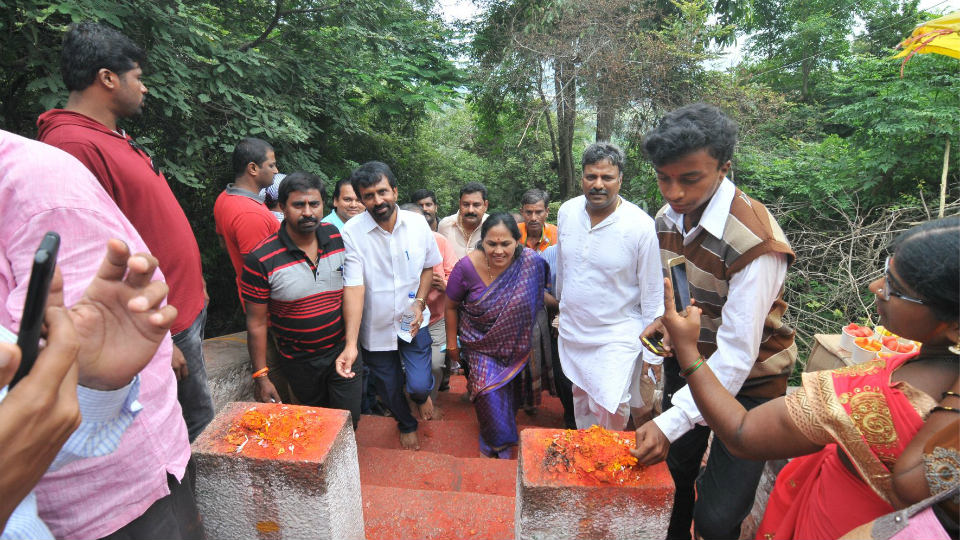 Mysuru: MP Shobha Karandlaje, who climbed the Chamundi Hill steps on account of Ashada Friday, said that the Home Department in the State was weak and there was no measures taken to maintain the Law and Order which had led to the murders of RSS workers.

Stating that CM Siddharamaiah was afraid of taking the name of one particular community, Shobha Karandlaje demanded the CM to order for a thorough investigation and bring the culprits to justice.

The BJP leader said that she would pray to Goddess Chamundeshwari to give strength for the State Government to initiate action against the culprits and also to protect the Hindus.

Meanwhile, the puja rituals at the Hill temple commenced as early as 3.30 am and the temple doors were opened at 5.30 am to the devotees. The Muzrai Department had organised special queues of Rs. 300, Rs. 100 and Rs. 50 for the darshan. The temple was decorated with colourful chrysanthemum, marigold and other flowers.

A few people were also seen distributing food (anna dasoha) to devotees atop the hill near the parking area. District Administration had given emphasis to cleanliness.