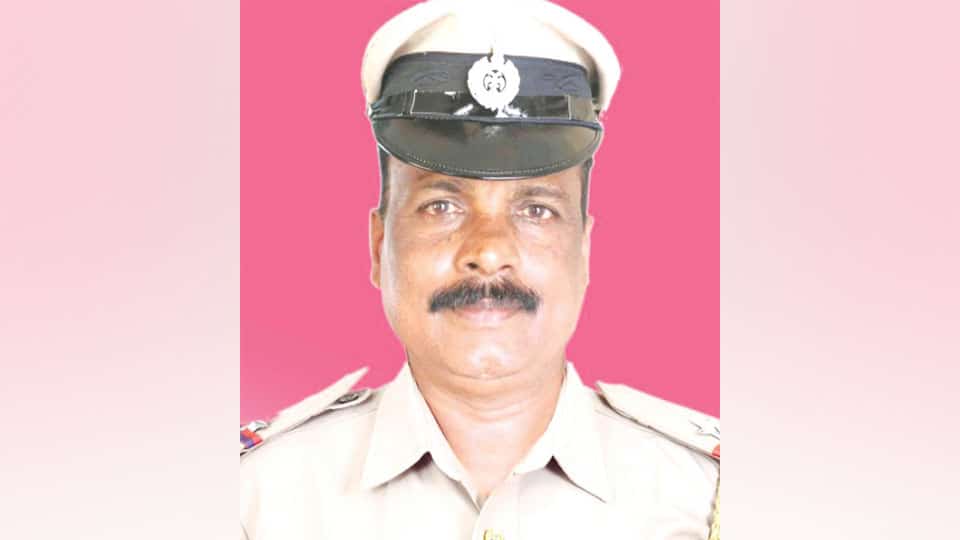 Mysore/Mysuru: S.M. Ramesh (58), Assistant Sub-Inspector (ASI) attached to Hullahalli Police Station died of heart attack on Wednesday morning. He leaves behind his wife, one son, one daughter and a host of relatives and friends.

Last rites were performed at Mirle in K.R. Nagar taluk on Wednesday evening, according to family sources.

Ramesh, who was residing at Anandanagar in city, developed severe chest pain on Wednesday morning and was rushed to a private hospital and was again shifted to another private hospital, where he breathed his last, sources said.

Ramesh was earlier serving in Mysuru Division Forest Mobile Squad and was transferred as an ASI to Hullahalli.