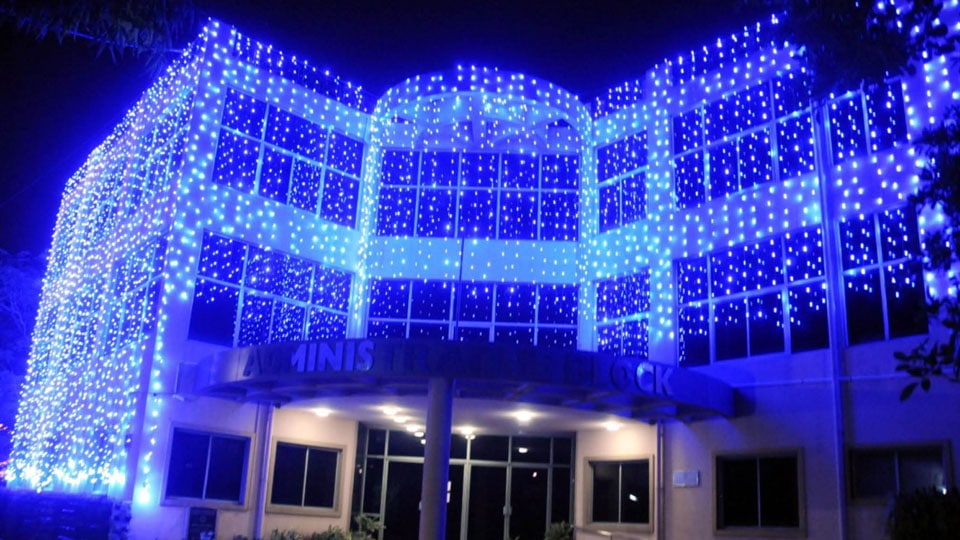 Mysore/Mysuru: Marking World Autism Day today, the city’s All India Institute of Speech and Hearing (AIISH) will be conducting a month-long awareness programmes starting from Apr.2.

AIISH’s Speech Language therapist Dr. Jayashree C. Shanbal said that speech difficulty among children even after five years of birth, loneliness, slow learning are early symptoms of Autism. Noting that the number of children suffering from Autism is increasing over the years, she said that Autism is a complex mental problem that stunts the growth of children.

Stating that parents must keenly observe under-normal behaviour among their children, she said that early detection and treatment holds key for treating Autism among children.

AIISH Director Dr. M. Pushpavathi said that awareness on Autism was created among 4,500 people through online and Radio  during ‘Thingala Arivu’ programme held on the first day of the month-long programme yesterday.

AIISH has been illuminated with Blue Lights to create awareness among general public on Autism, she added.

She further said that all the staff and faculty will wear blue dress and tie blue ribbon during the awareness programmes.