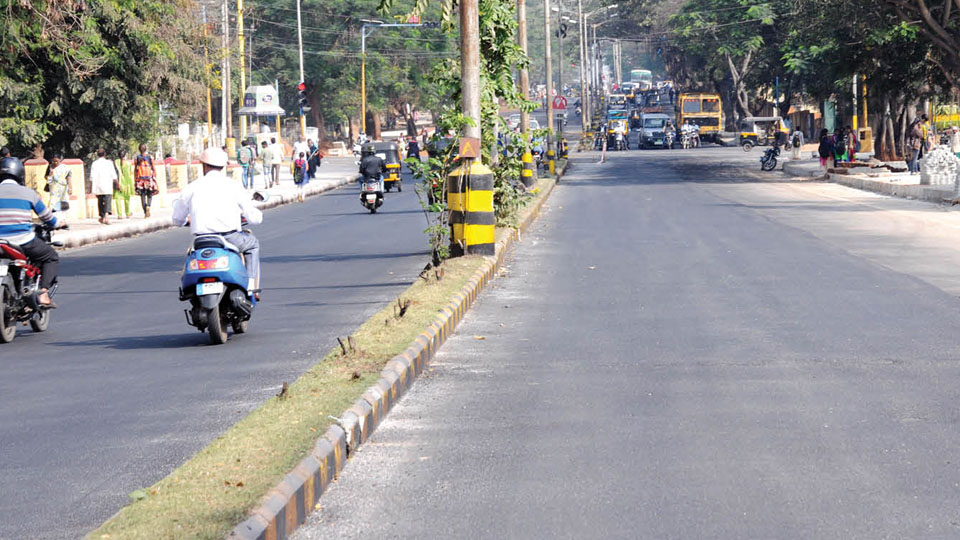 Mysuru: The asphalting of prominent roads in city taken up under the Chief Minister’s Special Grant will be completed by the end of March, according to MCC Commissioner G. Jagadeesha.

Stating that Chief Minister Siddharamaiah had released Rs. 50 crore for asphalting 10 prominent roads in the heart of the city, Jagadeesha said tenders were invited for the same in August.

Stating that the asphalting covers a total distance of 45 kms, he said that the works included construction of cement box drainage on either sides of the road, footpath development and street-lighting. Pointing out that the asphalting of K.R. Boulevard and KRS Road have been completed, the MCC Commissioner said that as far as other roads are concerned, he has asked the contractors to complete all works by the end of March.