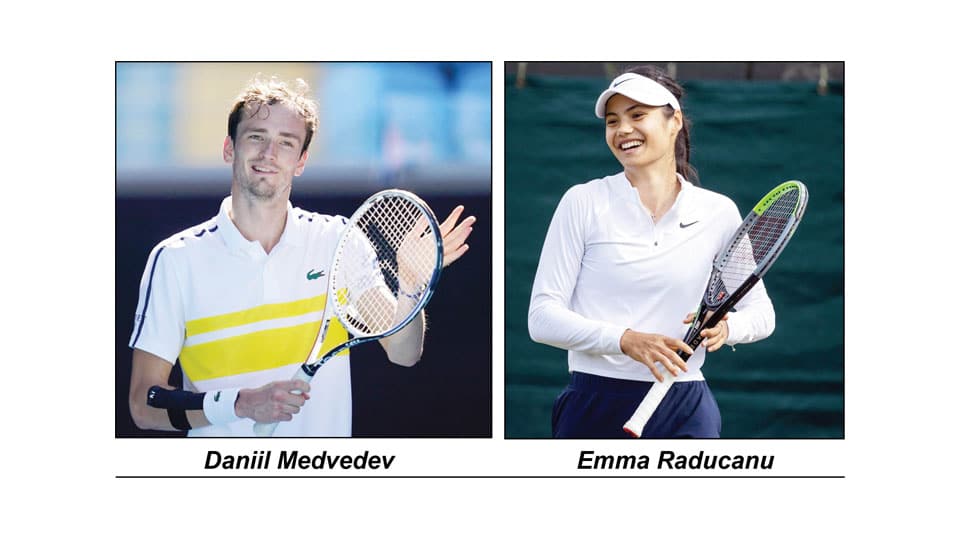 Russian Daniil Medvedev reclaimed the World No. 2 spot from Rafael Nadal in the latest Association of Tennis Professionals (ATP) Rankings released yesterday, with no Americans in the top 30 for the first time.

Nadal was knocked out of the Madrid Open in the quarter-finals last week by eventual champion Alexander Zverev, raising questions about his form ahead of his bid for a record-extending 14th French Open title. That would also see him break Roger Federer’s all-time men’s record with a 21st Grand Slam Singles triumph.

Taylor Fritz is the highest-ranked American at 31st — the first time the US have not had a player in the top 30 since the ATP Rankings were created in 1973.

Madrid Open runner-up Matteo Berrettini jumped up one spot to World No. 9.

British teenager Emma Raducanu (2571 points) moved up 127 places to 23rd in the Women’s Tennis Association (WTA) Rankings yesterday after her stunning triumph at the US Open.

The 18-year-old became the first player to emerge from qualifying to win a Grand Slam tournament when she beat another teenager, 19-year-old Canadian Leylah Fernandez, 6-4, 6-3 on Saturday. Fernandez (2254 points) was rewarded for her passage to the final with a rise of 45 places to 28th.

Former World No. 1 Naomi Osaka, who Fernandez beat on the way to the final and has said she is taking a break from tennis, drops to fifth place.

Bianca Andreescu, the US Open winner two years ago, fell 13 places to 20th after she was knocked out in the fourth round of this year’s tournament.