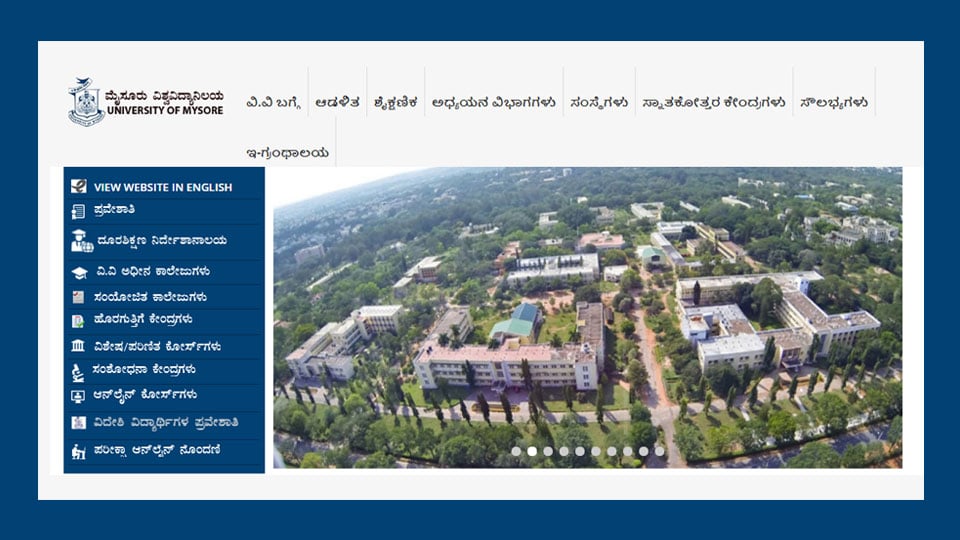 Mysuru: The staff of Computer Science Department, University of Mysore (UoM), who became alert after receiving an alert call about attempts being made to hack the Varsity website, prevented the hacking and were also successful in preventing information being leaked.

Speaking to Star of Mysore, UoM Vice-Chancellor’s Special Officer and computer expert Dr. H.K. Chethan said that yesterday afternoon, it came to his notice about the problems from the hackers to the UoM’s sub website. The server was immediately downed and repair work was undertaken.

Stating that there was no problem to the UoM’s main website as it is installed with quality firewall, Dr. Chethan said that such firewall are installed in various websites of reputed companies and alert messages are sent by the firewall if attempts were made to hack the websites and the staff can prevent the hacking.

He further said that hackers normally dump many pages to the website and it is only then the website could be hacked. But our firewall alerted us as soon as a page was dumped by the hacker.

Dr. Chethan said that investigation is on to find out from which Internet Protocol (IP) address attempts were made to hack the website.