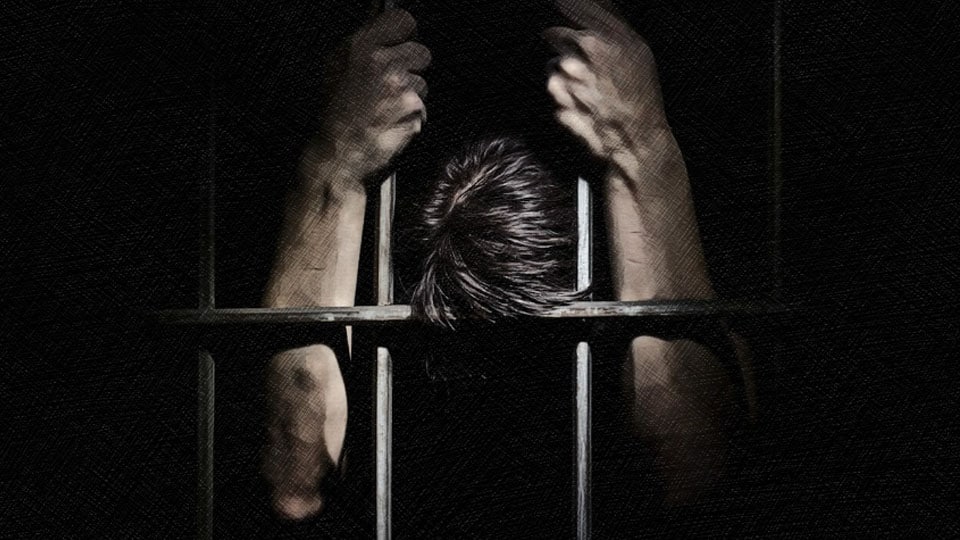 Mysuru: The Fifth Additional District and Sessions Court has sentenced a man to four years imprisonment and a fine of Rs.25,000 for attempting to murder his wife with a machete.

The accused, who has been sentenced, is 60-year-old Siddaraju, a resident of Kothegala village in Hunsur taluk. He had attempted to kill his wife Mahadevamma on Jan.10, 2016.

Siddaraju and Mahadevamma couple was married for 32 years and have three sons and a daughter. Siddaraju has three acre land in Kothegala and had taken loans from Bank and private financiers for cultivation. But instead of utilising the money for cultivation of crops, Siddaraju used to spend the money on liquor. Mahadevamma, who used to run the house, had stopped giving money to Siddaraju which had led to frequent quarrels between them.

On Jan.10, 2016, when Mahadevamma was working in the field, Siddaraju came there and picked up a fight with Mahadevamma for not giving him money and taking over the responsibility of the house which had rendered him without any money and took out a machete and struck Mahadevamma on her head.

While the profusely bleeding Mahadevamma began to run for her life, Siddaraju chased her and struck her with the machete on her hands and legs and fled from the spot on seeing people rushing towards his field.

The villagers had admitted Mahadevamma to a hospital, where she has recovered after months of treatment.

Hunsur Rural Police, who had registered a case based on the complaint from Mahadevamma’s son Prakash, investigated the case and had submitted a charge-sheet against Siddaraju to the Court.

Judge G.G. Kuruvatti, who heard the arguments from both sides, found Siddaraju guilty of the crime and sentenced him to four years imprisonment besides ordering Rs.20,000 be given to Mahadevamma out of Rs.25,000 fine imposed on Siddaraju. Public Prosecutor Ajith Kumar D. Hamigi argued for the Government.