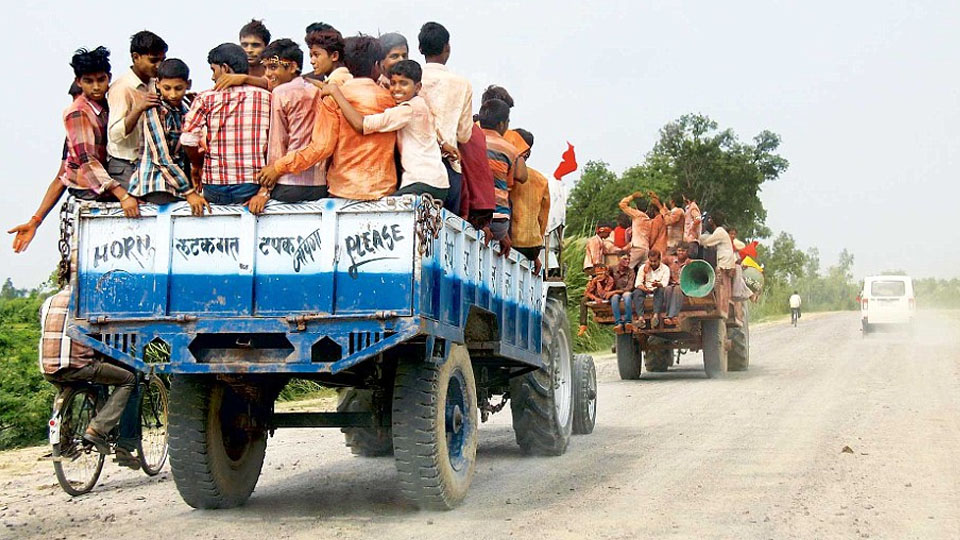 Very recently on 14th February this year, a lorry carrying 46 people on a pilgrimage from Chikballapur district met with an accident near Giddalur town in Prakasam district of Andhra Pradesh when it overturned at a road curve. Although it became difficult for local people as they did not know Kannada, they helped in shifting the injured to nearby hospitals. In this accident, four people were killed and 15 seriously injured. Earlier also similar incidents were reported near Maddur, wherein 13 people died on the spot and 50 people were injured in October last year.

In our country, it is illegal to transport people in goods transport vehicles like trucks, lorries, canters, etc., and it is an offence under Section 177 of the MV Act. People are not taking the law seriously and are getting away by paying a paltry penalty of Rs.100 or Rs. 300 and ignoring the problems like this. Saving money is the prime motto of such practices; however, it is risky for the people and for the driver. People should avoid such practice and travel in buses or vans only.

Voice of The Reader
Star o Mysore has a relationship of affection with its readers: T.J.S. George
We must learn to live with each other’s myths, says Devdutt Pattanaik