Home » News » Star o Mysore has a relationship of affection with its readers: T.J.S. George 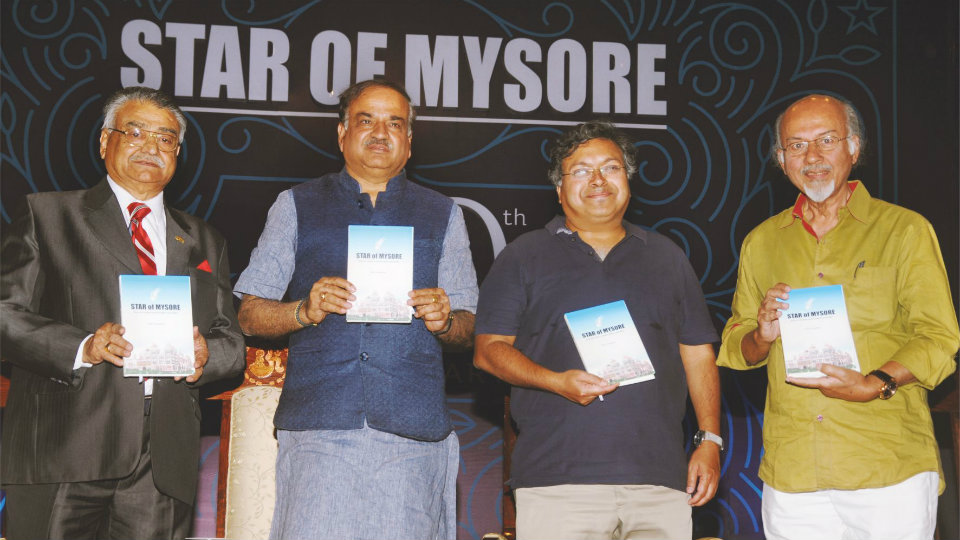 Star o Mysore has a relationship of affection with its readers: T.J.S. George

Mysuru: The 40th Anniversary celebrations of Star of Mysore held at the Platinum Jubilee Auditorium last evening had writer and biographer Thayil Jacob Sony George, better known as T.J.S. George as special guest. He is a recipient of Padma Bhushan in 2011 in the field of Literature and Education.

George, who is the Editorial Advisor to The New Indian Express, Bengaluru, released ‘Star of Mysore – Story of a unique evening english newspaper,’ a book penned by K.B. Ganapathy.

Speaking after the book release, George, who is known as an eternal wordsmith, said that the event was a heart-warming occasion. “At a time when preferences and money-making is dominating the world of journalism, SOM is contributing to the society through its service, and honesty of Ganapathy” he said.

The veteran senior journalist and one of the best known columnists in India, George continues his fight against social injustice, corruption and political anarchies through his columns. “SOM is a noble newspaper, motivated by noble ideas and driven by noble principles,” he said.

Mentioning the name of Journalist Pothan Joseph whose career spanned the twenty years before and twenty years after India’s independence and who worked with notable people of the time such as Jinnah, Annie Besant, Gandhi, Sarojini Naidu, and Motilal Nehru, George defined the term ‘Managing Editor.’

“During the time of Pothan Joseph, newspaper owners who just had money and lacked editorial experience re-designated themselves as ‘Managing Editor’ who is neither a manager nor an editor. “But SOM Managing Editor Vikram Muthanna is different. He is an editor and at the same time a manager,” George said.