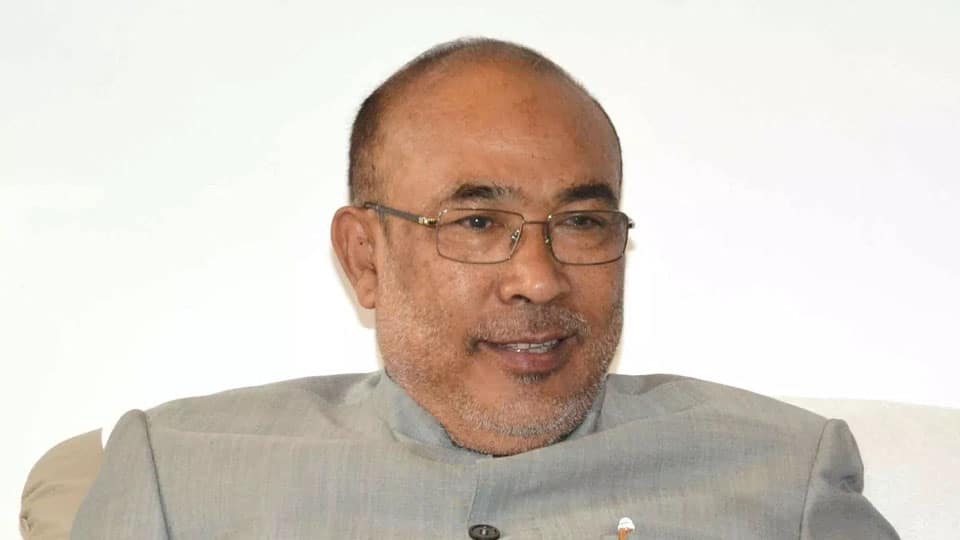 Small men in big chairs are usually dangerous. It isn’t just the Napoleon Complex: the tendency among short men to be overly assertive to make up for their lack of height. A politician who occupies a chair too big for him gets not only overly assertive but also contemptuous of others and their rights. The result is a dictator complex, the feeling that whatever they do is right.

Consider the case of Kishorechandra Wangkhem, a television journalist in Manipur. One fine night in November he was arrested for criticising Chief Minister N. Biren Singh and Prime Minister Modi. The charge was sedition. A Magistrate found no sedition in the remarks the journalist made and released him on bail. Within two days he was jailed under NSA which is beyond judicial review.

What exactly was the sedition Wangkhem committed? His style was typical Manipuri TV style, strong words strongly used, — “street language,” as the Chief Judicial Magistrate put it while allowing bail. The substance was something else. He objected to the CM weaving the Rani of Jhansi’s struggle against the British into Manipur’s freedom struggle. “When you praise the Rani of Jhansi as a freedom fighter covering Manipur your knowledge is nill and an insult to the freedom fighters of Manipur”, he said.

A historically accurate stance. But CM Biren Singh condemned it as “prejudicial to the security of the State”. At worst it was prejudicial to the security of the Chief Minister. Which makes this a classic case of the Louis XIV mentality of “I-am-the-State.” Which should not surprise those who look into the story of N. Biren Singh. This guy was a footballer who used that skill to get into the Border Security Force. But he wanted a political role and power, so he quit and started a publication of his own, using journalism for political ends. Like many politicians, he too developed an “ideological” affinity to whoever was in power. That helped him become a Minister in a Congress government in 2003. When the pendulum swung in of the BJP Biren Singh became a BJP man. Mission accomplished.

Power gave him new insights. Addressing a conference of doctors, he outlined a vision no one else had done so far. “Be it or politicians. We are here to serve the people. We are not here to take your abuses. If you think that common people can say anything to those in power, no you can’t. If somebody in power has done something wrong, you can go to the Court. But you don’t have the right to abuse anyone publicly.”

Criticism is not abuse — and criticism is one of the pillars of democracy. If criticism is taken as abuse and , many of India’s intellectuals, academics, editorial writers and columnists will be in jail under NSA. a closer examination shows that Biren Singh, in his BJP avatar, has merely learned the techniques of currying with his bosses. At a fair in Porbunder in Gujarat in March last year, he said: “During the time of Lord Krishna, there was no separate Arunachal Pradesh or Assam or Manipur. The entire northeast was one entity. Arunachal, Manipur Nagaland are bordering China. Lord Krishna made them part of India during his time”.This is a determined man. History and geography must bend to his will.

Is this a pattern among BJP leaders? At a meeting addressed by Maharashtra Minister Vinod Tawde recently, a student asked a question with his tape recorder on. The Minister asked him to turn off the recorder and the student wanted to know why. The Minister’s response was to ask his security men to arrest the student and confiscate his recorder. The same arrogance of power made V.K. Singh, known variously as the Sanghi General and the foot-in-mouth , to proclaim that “people making accusations over Rafale aircraft deal are illiterate.”

READ ALSO  Tughlak lives, so do his ideas

Perhaps small men imagine that they can frighten critics away. The media watchdog, Reporters Without Borders, found India was the fifth deadliest place for a journalist. The All Manipur Working Journalists Union disowned journalist Wangkhem. For discretion was the better part of . However, the Students’ Union found the courage to support Wangkhem while the Indian Journalists’ Union said that the freedom of expression included the right to offend. course it does. But what do you do when a politician says that the right to rule includes the right to arrest critics and to call them illiterate. Either win and others lose or others lose and politicians win.