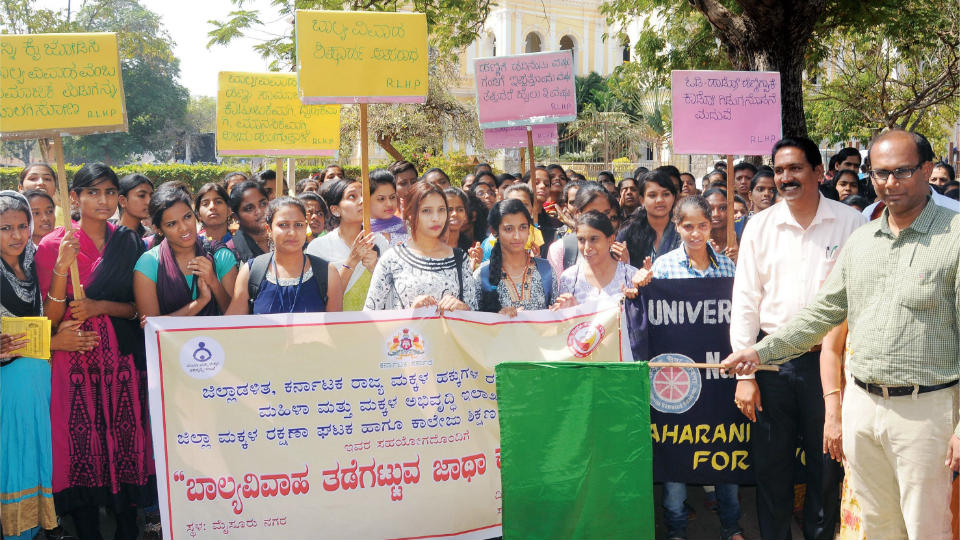 An awareness rally against child marriage was organised by Women and Child Welfare Department in city this morning.

More than 200 NSS students of Maharani’s Arts College took part in the rally which was flagged off by Deputy Commissioner D. Randeep in front of his office.

Speaking on the occasion, Randeep said that the Dist. Administration had stopped 81 child marriages in the district between April 2016 and January 2017.

He called upon girl students to take part in more such campaigns in an effort to eradicate child marriage.