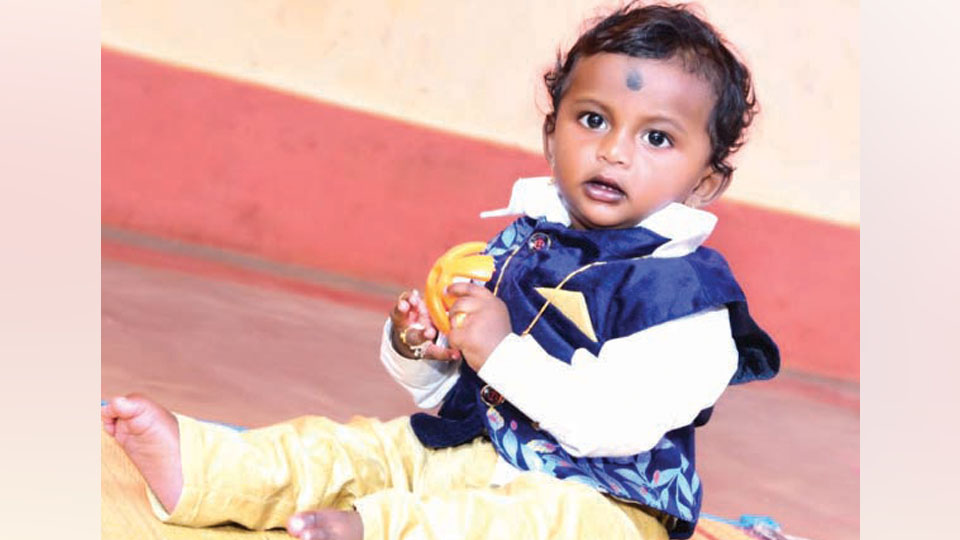 Maddur:   A one-year-old boy has breathed his last after swallowing a pressure cooker whistle while playing at his house at Nagarakere village, in the taluk, on Saturday night.

The deceased infant is Bhuvangowda, son of Mariningegowda and Roopa couple. Mariningegowda is the son of G. Shivaramaiah, owner of Fair Price Shop in the village.

It is said that the baby boy was playing inside the house on Saturday night and accidentally swallowed the whistle of the cooker which got stuck in his throat.

The baby, unable to breathe fell unconscious and his parents immediately rushed him to Gurushanthappa General Hospital in Maddur, where the doctors removed the whistle from the throat and provided first aid. The baby boy was then rushed to Mandya General Hospital for further treatment, but died after failing to respond to the treatment.

No case has been registered in this regard.