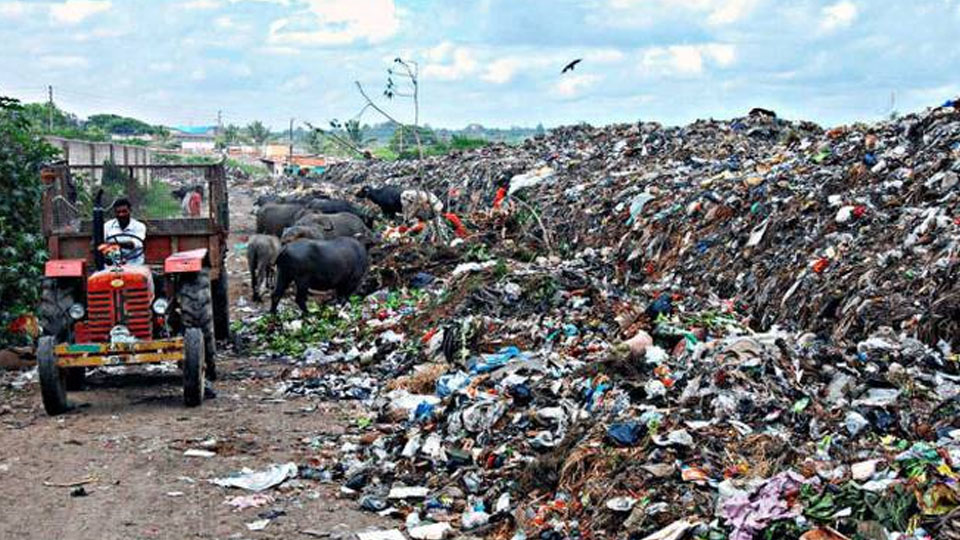 Mysuru: The illegal disposal of waste is becoming a menace in the district. The villagers of Kaggalipura had brought to the notice of the  District Administration a few weeks back about illegal disposal and hoarding of mixed solid waste from Kerala State at Mahadeshwara Rice Mill premises in Kaggalipura village, Sosale hobli, T.Narasipur taluk in   Mysuru district.

Based on the information, the officers from the Karnataka State Pollution Control Board (KSPCB) had carried out spot inspection and found that the area was filled with bio-medical waste, plastic waste and Municipal solid waste etc.

They were transporting the said waste in an illegal manner knowing fully well that this waste is hazardous to the lives of public and forest life and may cause diseases. An FIR was filed in this regard at Bannur Police Station on June 21.

On inspection by the Environmental Officer along with Assistant Commissioner, District Health Officer and Tahsildar of T. Narasipur taluk, it was  found that solid waste was being illegally transported and dumped at Survey Nos 53/1,53/2,53/3,53/4 of Kargali and Horala Halli villages in T. Narasipur Taluk. A complaint has been filed in  T. Narasipur Police Station in this regard.

The dumping of waste illegally is becoming a menace in the district and no one will be allowed to bring these types  of wastes into the Districts/ Taluks/ Gram Panchayat areas, according to a press release from M.G. Yathish, Environmental Officer, Regional Office, Mysuru (Rural), KSPCB.