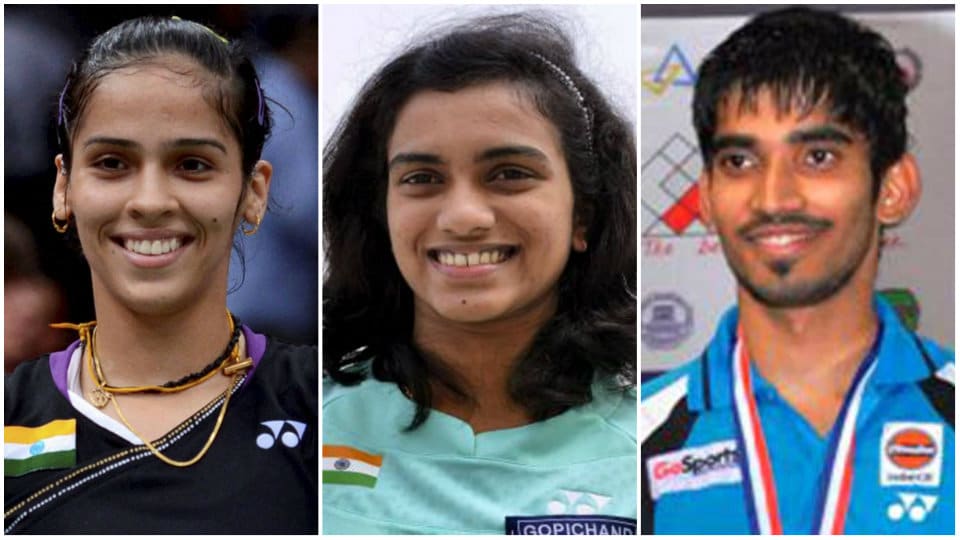 Newly-crowned Indonesia Open champion K. Srikanth and title-holder Saina Nehwal progressed to the second round with contrasting wins at the Australian Super Series on Wednesday.

Olympic silver-medallist P.V. Sindhu and Singapore Open Champion B. Sai Praneeth also entered the second round but it was curtains for four other singles player, including giant-slayer H. S. Prannoy.

Srikanth continued his good form by defeating Chinese Taipei’s Kan Chao Yu 21-13 21-16 in the men’s singles opening round while Praneeth had to sweat it out to register a hard-fought 10-21 21-12 21-10 win over Indonesia’s Tommy Sugiarto.

Srikanth will next play top seed Son Wan Ho of Korea, while Praneeth will be up against Huang Yuxiang of China.

In the women’s singles, Saina was up against a tough opponent in fourth seed Sung Ji Hyun of Korea but the former world No.1 showed her masterclass to beat her opponent in straight games 21-10 21-16. Saina will face Malaysia’s Soniia Cheah in her next match.

Young men’s doubles pair of Satwiksairaj Rankireddy and Chirag Shetty dished out a gritty performance to knock out Hong Kong combo of Law Cheuk Him and Lee Chun Hei Reginald 20-22 21-19 21-11.

However, it was curtains for Prannoy, who lost in the semi-finals in Indonesia, Ajay Jayaram, Parupalli Kashyap and Siril Verma in men’s singles first round.

Returning from injury, Kashyap too gave Son Wan Ho of Korea a run for his money before losing the duel 21-18 14-21 21-15 in an energy-sapping match that last more than an hour.

Young Siril Verma was shown the door by Hans-Kristian Solberg Vittinghus of Denmark 16-21 8-21 while Prannoy lost 19-21 13-21 against Rajiv Ouseph of England. The men’s doubles pair of Francis Alwin and Tarun Kona lost in the opening round 17-21 15-21 to Indonesian-Malaysia combination of Hendra Setiawan Boon Heong Tan, Manu Attri while B. Sumeeth Reddy was knocked out 20-22 6-21 by third seed Takeshi Kamura Keigo Sonoda of Japan.