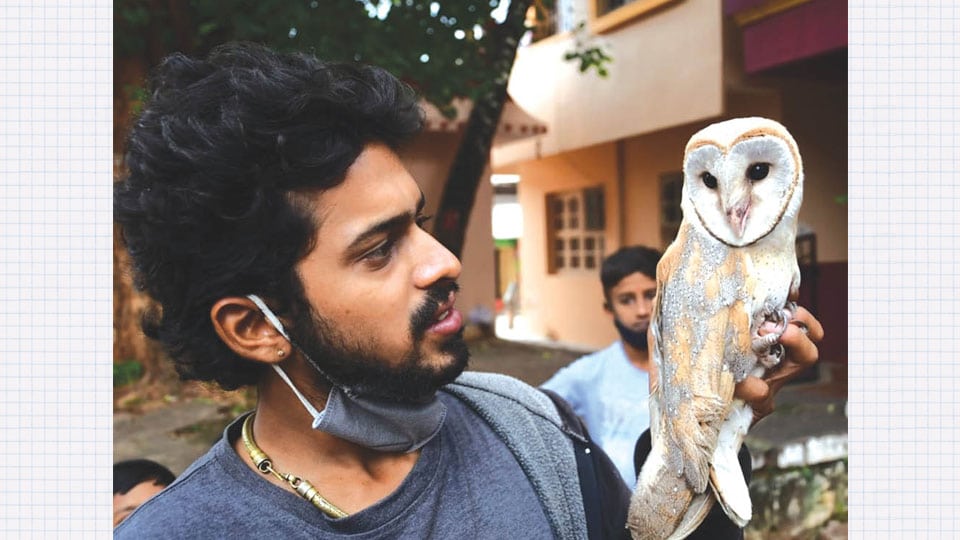 Snake rescuer and wildlife enthusiast Surya Keerthi of city has rescued a Barn Owl which was found injured due to an eagle attack at K.R. Mohalla. Surya’s father Snake Shyam, city’s well-known snake rescuer and wildlife conservationist, speaking to SOM this morning, said that it is not a rare white owl but a common Barn Owl and added that the owl was later released into its habitat.