Home » Sports » Djokovic stays ahead of Rafa in Rankings 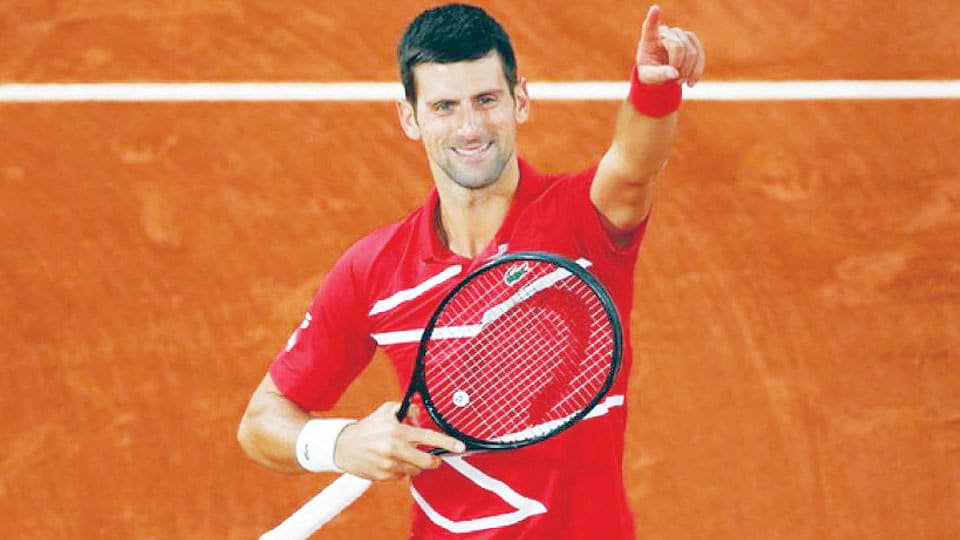 Djokovic stays ahead of Rafa in Rankings

London: Rafael Nadal remains 1,890 points behind Novak Djokovic in ATP rankings released Monday despite having beaten him for a 13th French Open title at the weekend.

Behind the Roland Garros finalists lie Austrian Dominic Thiem, who reached the quarter-finals in Paris, and Roger Federer, who has been sidelined from tournament play since the Australian Open in January. The biggest mover in the top 20 was Argentina’s Diego Schwartzman, who made the semi-finals in Paris and moves up six places to a career-high eighth.

Poland’s Iga Swiatek has shot up 37 places to 17th in WTA rankings released Monday, following her stunning French Open win over the weekend. The 19-year-old Pole ensured her place in history when she became her country’s first major singles champion on Saturday.

The top three remains unchanged, Australian Ashleigh Barty still leading the rankings despite opting out of competing at Roland Garros over  COVID-19 fears.

The ATP (Association of Tennis Professionals) and WTA (Women’s Tennis Association) rankings as of Oct. 12, 2020 is alongside: