Home » News » Battle for Varuna: Will it be between Bidari and Yathindra? 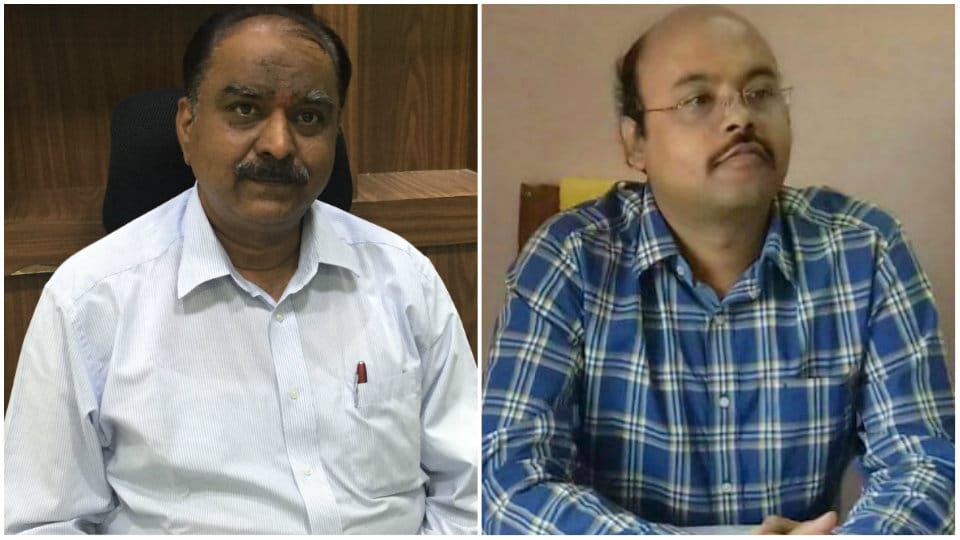 Battle for Varuna: Will it be between Bidari and Yathindra?

Mysuru: The Bharatiya Janata Party (BJP) is reportedly considering fielding former Director General and Inspector General of Police, Shankar Bidari from Varuna Assembly constituency in Mysuru district to take on Chief Minister Siddharamaiah’s son, Dr. Yathindra Siddharamaiah, a political novice who is set to make his political debut from the constituency in the 2018 Assembly elections.

Party sources said that the BJP has zeroed in on Bidari, a prominent Lingayat face since a majority of voters in the constituency are Lingayats. Former Minister V. Sreenivasa Prasad, who joined the BJP last year, is said to have extended his support to Bidari and party leaders are hopeful that Prasad would help Bidari in securing Dalit votes in the region.

Also, Bidari is famous for taking on forest brigand Veerappan in the 1990s. CM Siddharamaiah has made up his mind to contest the Assembly elections from Chamundeshwari leaving Varuna, which has elected him twice to the Assembly, to his son.

Varuna, which shares a border with Nanjangud constituency, has a big chunk of Lingayat voters, besides Dalits, Kuruba and other backward classes.

The BJP is banking on Sreenivasa Prasad, a bitter critic of Siddharamaiah for dropping him from the Cabinet   and who has vowed to transfer his support in the community to him.

A strong Dalit leader from the Mysuru region, Prasad also nurses a grouse against the CM and Public Works Minister Dr. H.C. Mahadevappa for his defeat in the Nanjangud by-election that he contested after quitting the Congress.

Reacting to reports, Bidari said that he was in the BJP since three years and he has not asked the party for any favours.

“These are just speculations as of now and if the party instructs me to stand from Varuna constituency, I am ready to do that,” he said.