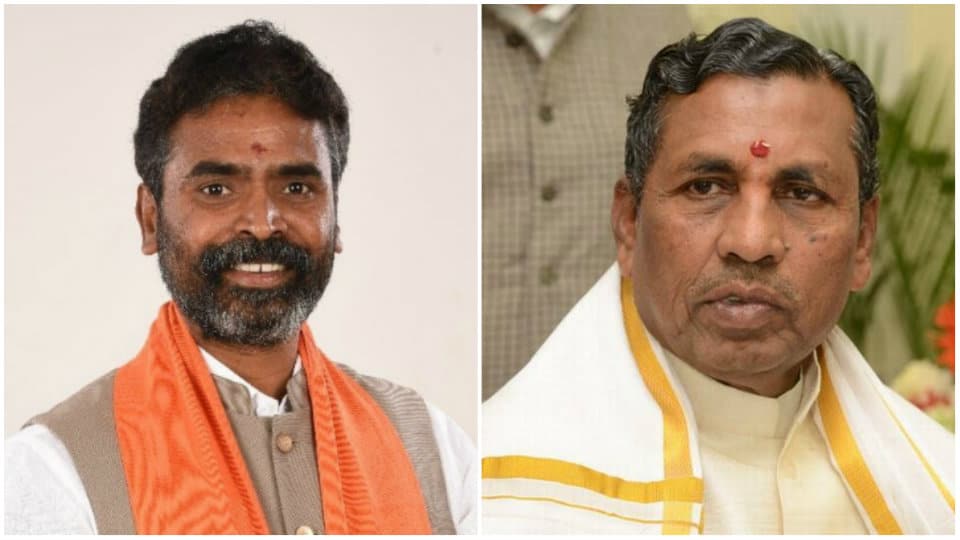 Bengaluru: First-time, BJP’s candidate and BBMP Corporator S. Muniswamy defeated Congress-JD(S) candidate and seventh-time sitting MP K.H. Muniyappa by a huge margin of more than one lakh votes at the elections held to Kolar Lok Sabha Constituency. The results will be announced officially this evening.

Many voters of the constituency were stunned when BJP chose, an almost unheard, S. Muniswamy for Kolar. The saffron party has fielded this 44-year-old Corporator bypassing Dalit leaders such as D.S. Veeraiah, Chi.a. Ramu and C. Narayanaswamy for the constituency reserved for SC.

Muniswamy has been a low-profile but active low-rung BJP leader in Bengaluru confined to his Municipal Ward of Kadugodi. But he is surely not a known name in Kolar.

Party workers say Muniswamy had been frequenting Kolar in the last six months. “Though he hails from Malur in Kolar, he had moved to Bengaluru at an early age. It was only in the last few months that we saw him in the constituency frequently. Rumours were that he was an aspirant for the LS polls. But none of us knew that he was serious about it and that he would get the ticket,” a party worker told SOM.

His affidavit says he is an agriculturist. People who know of him say he began his political career as a Panchayat Member and rose to fame in the locality with activities under the Karnataka Janandolana Sanghatane of which he is the Founding-President.

He was elected as a Corporator in 2015 BBMP election due to his incessant work. In 2017, Muniswamy contested as BJP’s Mayoral candidate for Bengaluru, but lost against Congress-JD(S) coalition. He is said to have the blessings of Mahadevapura MLA Arvind Limbavali.

Congress’ Muniyappa won the previous elections by a margin of 45,000 votes against the JD(S) candidate in the 2014 polls.