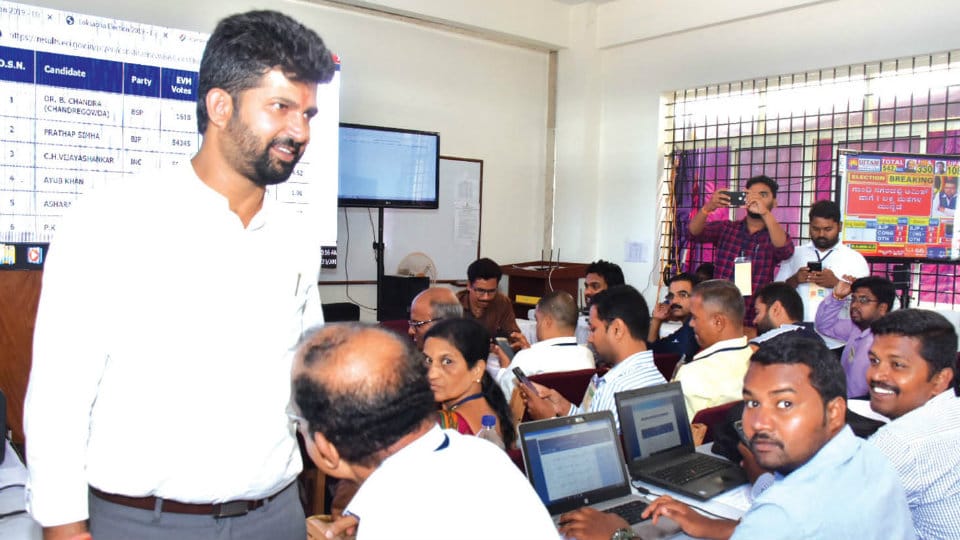 Mysore:  Maharani’s College of Commerce and Management on Valmiki Road, which is the counting centre for Mysuru-Kodagu Lok Sabha constituency, was abuzz right from 6 am today as the whole place has been turned into a fortress.

Apart from the Polling Officials, it was the Congress-JD(S) coalition candidate C.H. Vijayashankar who arrived as early as 6.45 am and went into the counting centre along with his agents and has stayed put there.

Meanwhile, BJP candidate and MP Pratap Simha in a white shirt tucked into the pant, with sleeves rolled up, and exuding total confidence, arrived at the venue along with his wife Arpitha Simha at 9 am, after offering puja to Goddess Chamundeshwari atop Chamundi Hill. 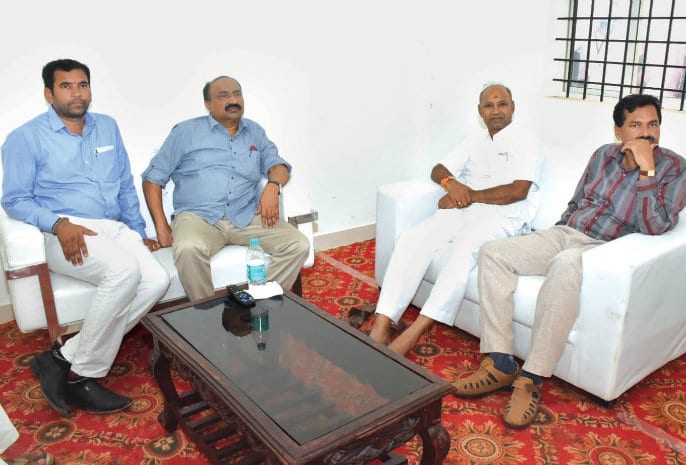 According to Pratap Simha, he has worked hard since the last five years for the  development of the Mysuru-Kodagu constituency and he has utilised the MP LAD (Local Area Development)  Fund better than other MPs in the State and hence he had the blessings of every voter in the constituency.

He later went to the Media Room, leaving behind his wife and watched the TV installed there for some time and then left.

However, Vijayashankar, in a full white dress, who left the counting centre at 12.45 pm, told the media that there was still 10 rounds of counting and he remains optimistic.

There is tight Police security on Valmiki Road and the whole road has been cordoned off. However, the vehicles on Hunsur Road continued to ply. 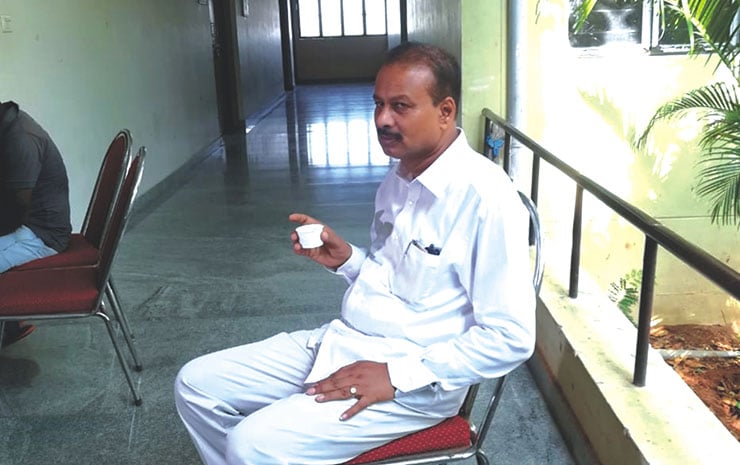 Chamarajanagar: MP and LS contestant R. Dhruvanarayan drove straight from his house in Mysuru to Chamarajanagar and reached the counting centre set up at the Government Engineering College, Bedarapura.

He was there at the dot of 7 am even as the locks of the counting centre were opened.

He told SOM that he did not visit any temples but offered puja at his house and drove straight to the centre. He sipped coffee at the centre and later visited the Media Centre and watched the television.

However, V. Sreenivasa Prasad, the BJP candidate, was conspicuous by his absence even at 10 am.