Home » News » By-elections for 22 Assembly seats will decide the fate of TN Govt. 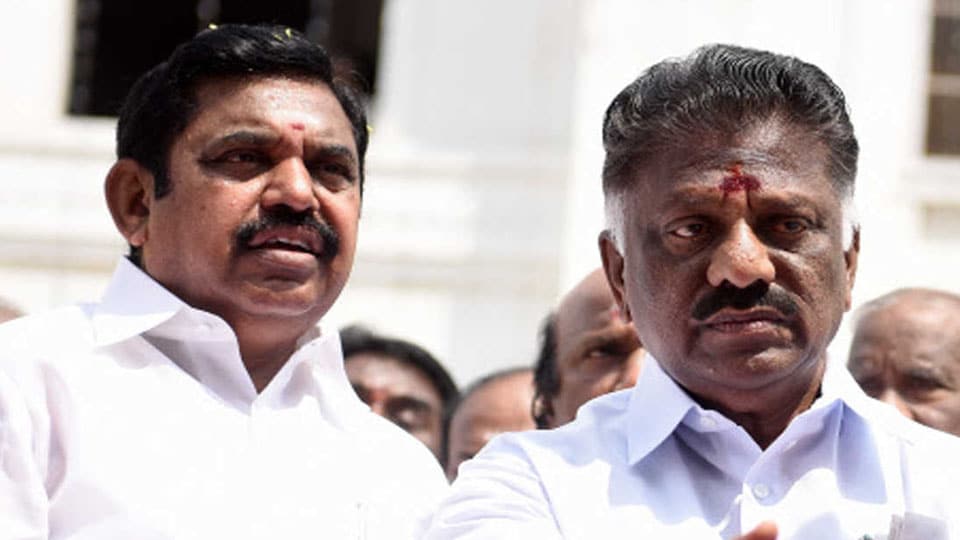 By-elections for 22 Assembly seats will decide the fate of TN Govt.

New Delhi: The entire nation awaits the results of the 17th Lok Sabha election today which is centred around the 542 Lok Sabha seats (voting in Vellore Parliamentary Constituency was cancelled on Apr.16 due to massive cash seizure).

However, amid the anticipation over the formation of the next Lok Sabha, 46 Assembly Constituencies across 13 States too will be getting new representatives on the same day.

The 46 Assembly seats, several of which could make or break an existing Government, are spread across the States of Maharashtra, Goa, Meghalaya, Mizoram, Madhya Pradesh, Uttar Pradesh, Bihar, Gujarat, Nagaland, Puducherry, West Bengal, Karnataka (Kundagol and Chincholi) and Tamil Nadu, underwent by-polls for various reasons. These Assembly Constituencies voted over multiple phases between Apr.11 and May 19.

While the Election Commission announced by-polls for 33 Assembly seats on Mar. 10 — the day general elections were announced — 13 other seats were added to the list during the course of 2019 General Election.

Among the different by-elections this season, the results in Tamil Nadu will be closely watched by political pundits. By-elections for 22 Assembly seats will decide the fate of E. Palaniswami Government in  Tamil Nadu.

While 18 seats voted on Apr. 18, four others voted on May 19. The “mini Assembly elections” in Tamil Nadu were necessitated after 18 MLAs belonging to the AIADMK were disqualified by the Madras High Court in 2018, upholding Speaker P. Dhanapal’s decision to cancel their membership under the anti-defection law. These disqualified MLAs had expressed no confidence in Chief Minister Palaniswami and backed rebel leader TTV Dhinakaran.

The AIADMK Government needs to win at least eight seats to retain a simple majority in the Assembly. If it fails to do so, Tamil Nadu may once again experience the political instability seen in the aftermath of former Chief Minister J. Jayalalithaa’s death.

By-polls for Panaji  and Agra North

The by-polls for Panaji in Goa and Agra North in Uttar Pradesh have been necessitated due to the deaths of sitting BJP MLAs Manohar Parrikar and Jagan Prasad Garg, respectively. While the by-election in Uttar Pradesh is unlikely to have any impact on the Government, the results of the Panaji by-poll may determine the stability of the BJP-led alliance in Goa.

Meanwhile, Madhya Pradesh Chief Minister Kamal Nath is contesting from his pocket borough of Chhindwara in order to enter the State Assembly.