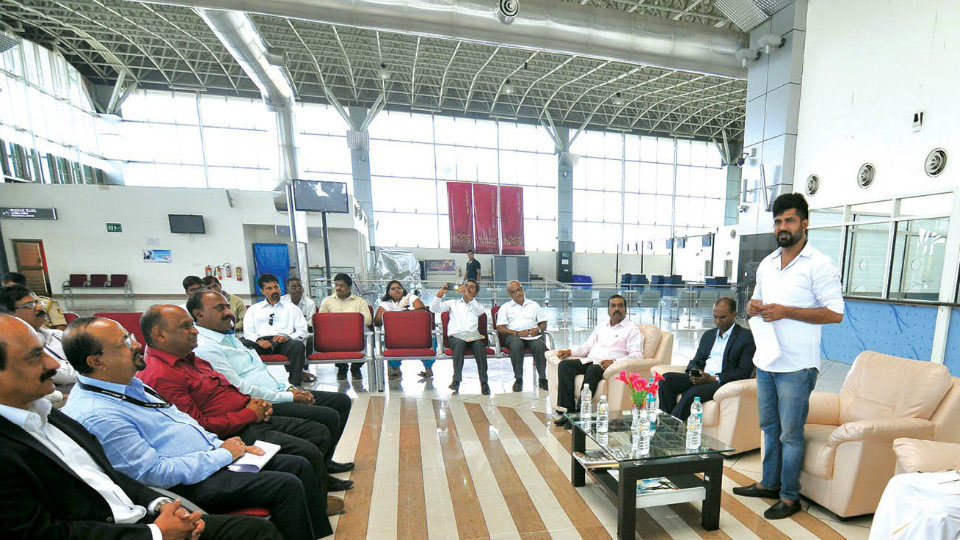 Air service to Mysuru from Sept. 20

Mysuru: The commercial flights service from Mysore Airport at Mandakalli, which was to commence from Sept. 15, will now start from Sept. 20, said MP and Airport Advisory Committee Chairman Pratap Simha.  Addressing the meeting of Committee Members at Mysuru Airport this morning, he said flight operations, which will begin under Regional Connectivity Scheme, known as UDAN (Ude Desh ka Aam Nagrik), will be inaugurated by Minister of State for Civil Aviation Jayant Sinha on Sept. 20.

MP Pratap Simha said, though the Minister had given his consent to go ahead with flight operations from Sept. 15, the operations will commence on Sept. 20 since the Minister would be here for the inauguration and will also hold a meeting with the stakeholders regarding the expansion of the Airport and other issues.

He also added that Union Minister would be asked to introduce an additional 12-seater flight during night hours for the benefit of the tourists and industrialists.

Hyderabad-based TruJet’s 78-seater aircraft will be operated from Mysuru to Chennai every day. The resumption of flight operation comes nearly two years after Alliance Air suspended flight services from   the city.

The members in the meeting were also told to give publicity regarding the flight operations to bring-in more travellers to use the air service.

2 COMMENTS ON THIS POST To “Air service to Mysuru from Sept. 20”