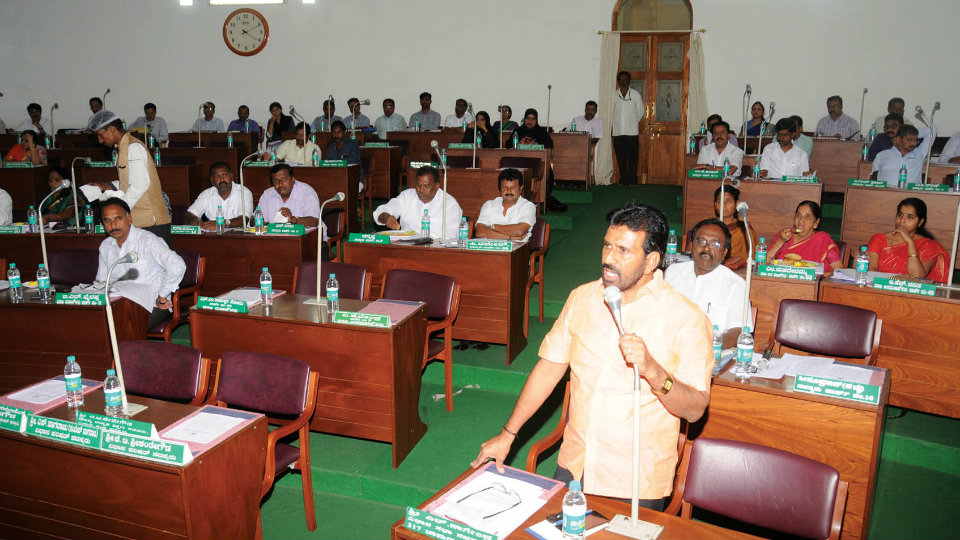 Naming of public buildings after several personalities too figured in the Council meeting. Corporator J.S. Jagadish proposed the name of former Vice-Chancellor of University of Mysore Prof K.S. Rangappa for an auditorium built at a park in the city. It was one of the several proposals to name roads, Circles and parks after various personalities that came up for discussion.

Jagadish said that the open air auditorium at Subbarao Park at Niveditha Nagar must be named ‘Prof K.S. Rangappa Kalamantapa’. The other proposals were naming of Outer Ring Road junction connecting  Akkamahadevi Road at Ward 12 as Akka Mahadevi junction, naming any road after yesteryear’s comedian Narasimha Raju, Dr. C.P. Krishnakumar Road for the stretch of road between J.P. Nagar ‘A’ and ‘B’ block, JSS College Road for a stretch of road from the truck terminal at J.P. Nagar towards Railway track.

Intervening in the discussion, Chamaraja MLA L. Nagendra suggested to the Council to be careful while naming the roads and junctions. “I urge the officials and Corporators to ponder over the names before taking any decision. In the event of considering the names of any persons facing criminal cases, the MCC will have to face embarrassing situation,” he said.

He further said that if roads, junctions and Circles are named after people who are facing criminal and corruption cases, it would bring dishonour to the MCC. Following the MLA’s  suggestion, Mayor Bhagyavathi directed the officials to collate all the proposals and bring it before the next Council meeting.