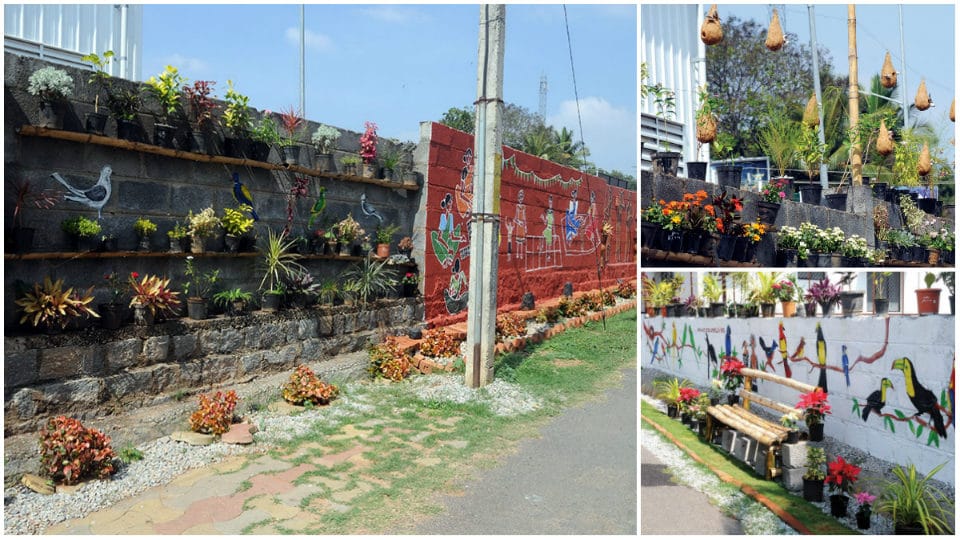 A Beautified Street that we can call a home

Charity begins at home so does cleanliness.  A resident of Venkatalingaiah Layout in city has transformed his street and its surroundings after being inspired by Swachh Bharat Abhiyan launched by Prime Minister Narendra Modi.  His journey of beautifying his street will surely motivate Mysureans to take cleanliness to the next level.

Pradeep Kumar, a businessman, has taken the initiative of cleaning and beautifying the street where his house is located all by himself. The street houses 8 homes and runs to a length of about 400 feet.  Pradeep has cleaned the street and given it a unique look as he has got the walls of the street painted with various themes of forest, heritage, birds, wildlife, tribal life etc.  He has beautified his street in Venkatalingaiah Layout near the Mysore Dairy on the Mysuru-Bannur Road.

He has got the paintings done by artist Krishna Shetty, a product of CAVA. In the entire stretch of the street, he is nurturing and growing about 700 plants of various species. He has installed platforms made out of bamboo which run parallel to the walls on which several pots with flowering plants are placed.

Most of the plants are organic. Speaking to Star of Mysore, he said, “I always wanted to keep my street and my surroundings neat. I started off by cleaning the street and making it plastic and garbage-free. Later, paintings were done and I bought plants of various species. To attract birds, I have kept hanging nests and it looks attractive too. Flowering plants to attract butterflies have also been kept.”

Pradeep, who is the proprietor of Jain Hardware and Plywood shop on Ashoka Road, spends the early hours of his day with nature. His day begins at 5.30 am as he goes for a walk to the Chamundi Hill and returns to his green wildlife-themed street at about 8.30 am.  He then starts watering plants and maintains the road surroundings till 10 am. 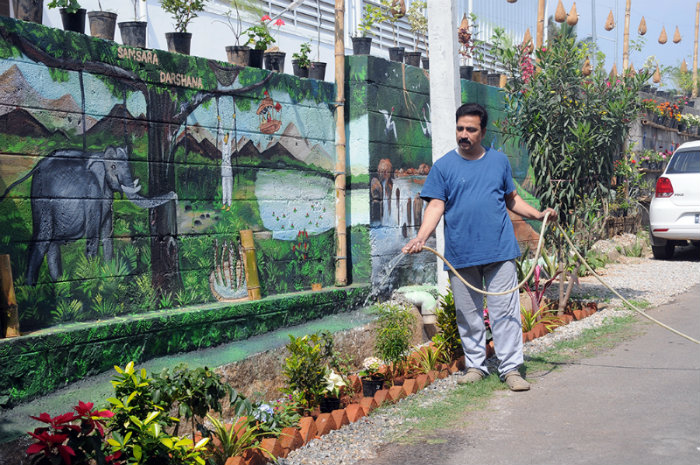 The street stands out, especially in the mornings as birds chirp and the early rays of sun bring life. Pradeep adds that the Mysuru City Corporation (MCC) has recognised his efforts and helps him clean the street once in fifteen days.

He added that plants will bring in fresh air and he plans to bring Ayurvedic plants soon. He has developed a small garden on a site next to his home and has laid a bamboo bench at the edge of that building where walkers and people tend to relax and feel the breeze and the ambience. On being asked what made him take such an initiative, he said, “My friend Suresh Babu was in the MCC and at that time, the city had won the Cleanest City Tag twice. It gives us so much joy when Mysuru gets such an honour. Now that we have slipped in the rankings, we need to put in efforts to regain the top spot.” 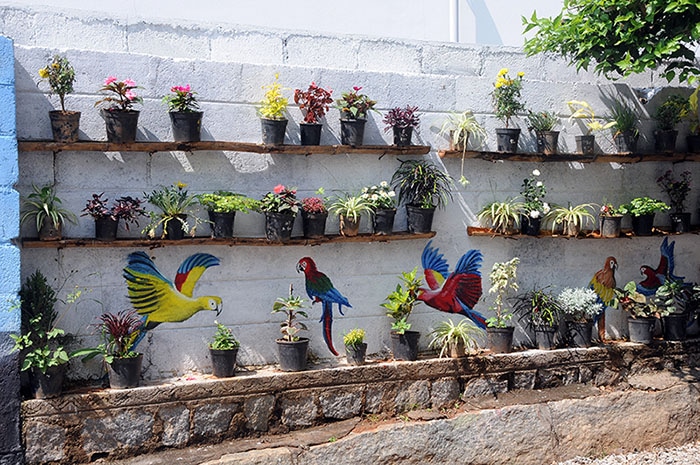 He hopes that his efforts will inspire other citizens.  Students, ladies and regular walkers make it a point to enjoy this scenic beauty that Pradeep has created. He adds, “If each person decides to keep his house and his surrounding clean, then automatically the entire street and the entire city will be clean.”

READ ALSO  ‘May we keep scaling new heights of progress’

The last portion of the street wall is yet to be painted and Pradeep said that he has thought of a special theme for that space and will start the painting works in about two weeks. 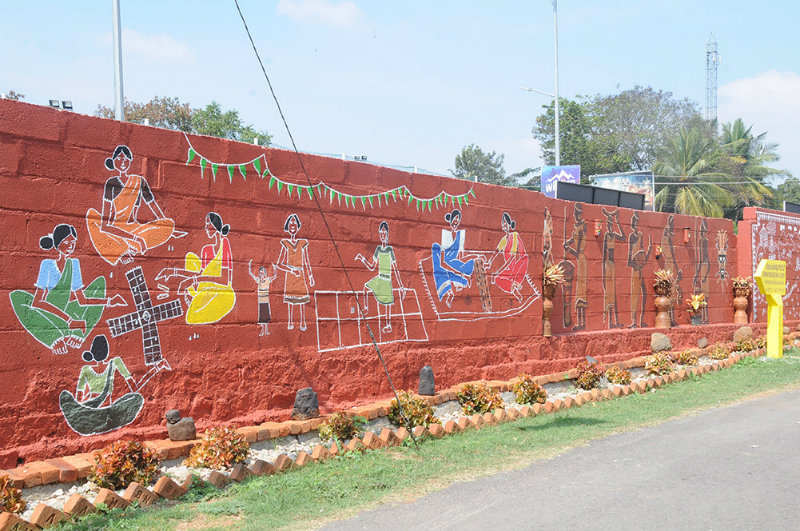 Pradeep sent a letter to Prime Minister’s Office on Dec.30 and received a response on Jan.2 asking him to submit more details about his initiative and the street. Pradeep has sent another email on Jan.4 and is eagerly waiting for reply. He has attached individual photos in this mail with a detailed explanation. 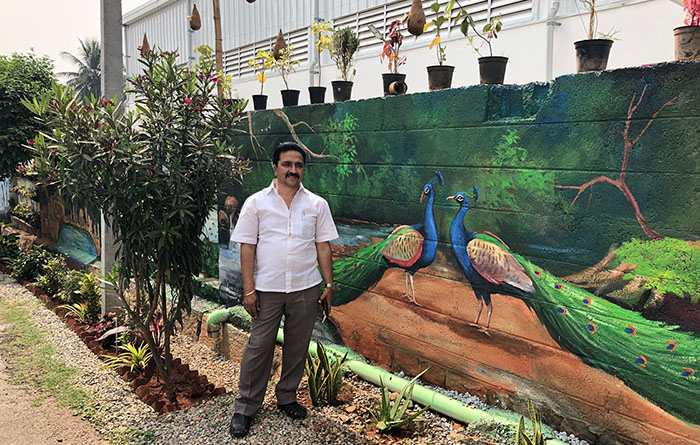 Earlier, Pradeep used to do roof-top gardening at his residence which also has a theme of a boat and an ocean. But now he has invested his time and money to beautify and maintain his street and an adjacent site.

If at all you visit this street you will feel at home. A home that is full of life and breath.