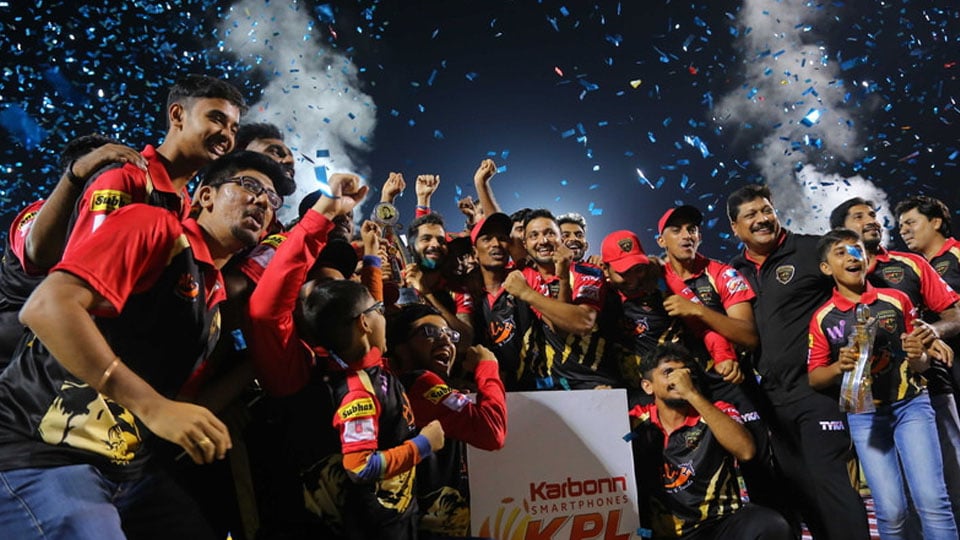 Hubbali: Belagavi Panthers were crowned champions in the Karbonn Smartphones Karnataka Premier League 2017, after putting in a well-rounded display in the tournament’s grand finale yesterday at the KSCA Rajnagar Stadium in Hubballi.

In front of a capacity crowd, and a list of luminaries headlined by Belagavi Panthers’ brand ambassador, Bollywood superstar Sunil Shetty, Hoover unleashed the big hits he is so capable. His 52-ball 81 runs included 12 boundaries, with eight fours and four sixes. He was ably supported by K.N. Bharath (24 off 19) and B.R. Sharath (23 off 18). But Hoover was the undisputed star of the day.

When the winning runs were scored, the whole of the Belagavi unit raced onto the field to embrace Stuart Binny (8 not out) and Kishore Kamat (5 not out), even as a display of fireworks lit up the night. It was the perfect finish to a fine tournament.