Home » Feature Articles » Bengaluru enters Smart City list… How and why Mysuru lost the contest to be a Smart City? 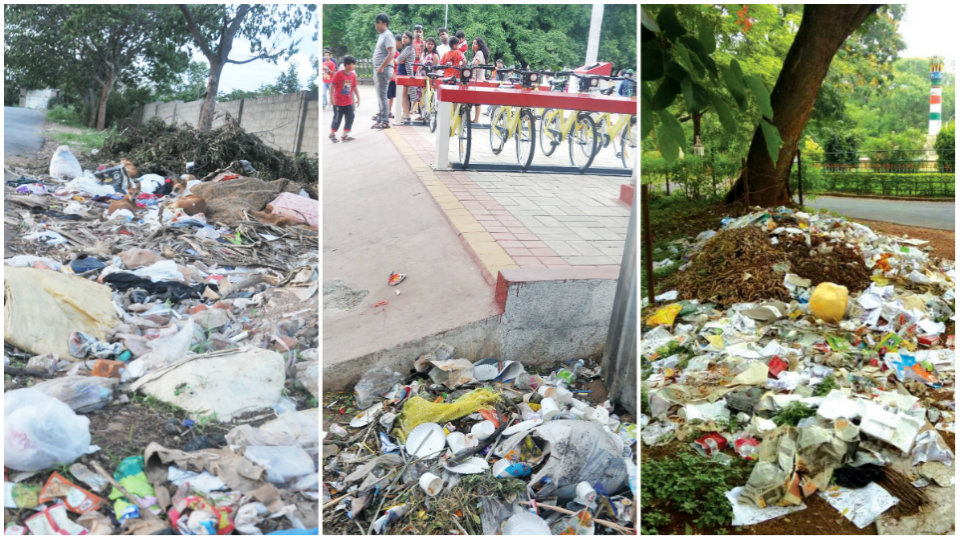 Bengaluru enters Smart City list… How and why Mysuru lost the contest to be a Smart City?

When we learnt that Bengaluru finally won the competition to be a Smart City in the fourth round, how many Mysureans asked the question why we failed the contest? In fact, we should have asked the question when the first round of twenty cities was announced in August 2015, Davangere and Belagavi made the first list from Karnataka. Mysuru did not make the third list also when four more cities — Mangaluru, Tumkuru, Shivamogga and Hubli-Dharwad from Karnataka — came in the third round.

When we see how we lost the Smart City contest, it becomes evident why we lost the clean city award this year. Smart Cities Mission (SCM) is an urban renewal and retrofitting programme by NDA to replace JNNURM of UPA to develop 100 cities. So far, 90 cities have been selected by a transparent process of competition. A Smart City is one which has basic infrastructure for its residents to lead enjoyable life, clean and sustainable environment through application of “smart” solutions. Under the Smart City initiative, Central Government gives Rs. 500 crore during five years, which is matched by the State Governments. Remaining amount has to be raised by the city through its taxing or other revenue streams or from private sources as loans.

“Some of the core infrastructure elements in a Smart City would include adequate water supply, assured electricity supply, sanitation, including solid waste management, efficient urban mobility and public transport, affordable housing, especially for the poor, robust IT connectivity and digitalisation, good governance, especially e-Governance and citizen participation, sustainable environment, safety and security of citizens, particularly women, children and the elderly and health and education.” This is a quote from the Government website which should attract anyone interested in development.

One of the innovative strategies of smart city has been the creation of a private company, called a Special Purpose Vehicle (SPV), in each city to operationalise the Mission at the local level. This is based on lessons learnt from JNNURM. There are some special features of SPV in comparison to JNNURM. They are transparency, greater accountability, better management structure, ability to have joint ventures with the private companies, ability to raise loans, etc. But some aspects of SPV clash with the responsibilities of elected representatives.

Many elected representatives are not happy to share their power especially in today’s environment and that too with a private company. Who would like to give up their political power, which can be easily monetised. There are two types of projects for Smart City Mission — one is specifically directed to develop a small area of the city called Area Based Development (ABD) and another is pan-city projects where funds are allocated to develop the entire city. In Mysuru, we could have easily developed Devaraj Market and surrounding Central Business District (CBD) using part of Rs. 1,000 crore Grant.

SCM is specifically designed to develop dilapidated parts of the city. On average, every Smart City has submitted proposals to spend Rs. 2,000 crore to be spent over 5 years. When we consider MCC’s budget of Rs. 870 Crores for 2017-18, Smart City Mission could have helped the development of Mysuru in many critical areas. For Rs. 1,000 crore of Grant money, Mysuru could have solved the transportation problems of CBD and converted it into a tourist paradise.

Reason given for our failure to win the SCM contest is that Mysuru did not score well on 13 parameters that included existing service level, past track record reforms, implementation of the JNNURM and self-financing capacity. Where did our CM, MLAs, MPs, MLCs and Corporators fail that Mysuru scored low on these parameters? We need to find fault not only with our elected leaders but also with civil society groups like Chamber of Commerce, Institute of Engineers, Hotel Owners Association, Builders Association, Confederation of Indian Industry, Mysore Grahakara Parishat, etc.

Real blame lies with Mysureans, finally. After all, we elected these leaders who have failed the city. In Mangaluru when suggestions were requested from the public, for both the rounds more than 11,000 suggestions were submitted. How many can we expect from Mysureans? When MGP organised protest campaigns to Save Chamundi, Save People’s Park, we got not more than 2,000 in a city of 10 lakh population.

Lesson we need to learn from our sad experience of losing Smart City project is that unless in democracy we the citizens take active part, we will be the losers.

7 COMMENTS ON THIS POST To “Bengaluru enters Smart City list… How and why Mysuru lost the contest to be a Smart City?”