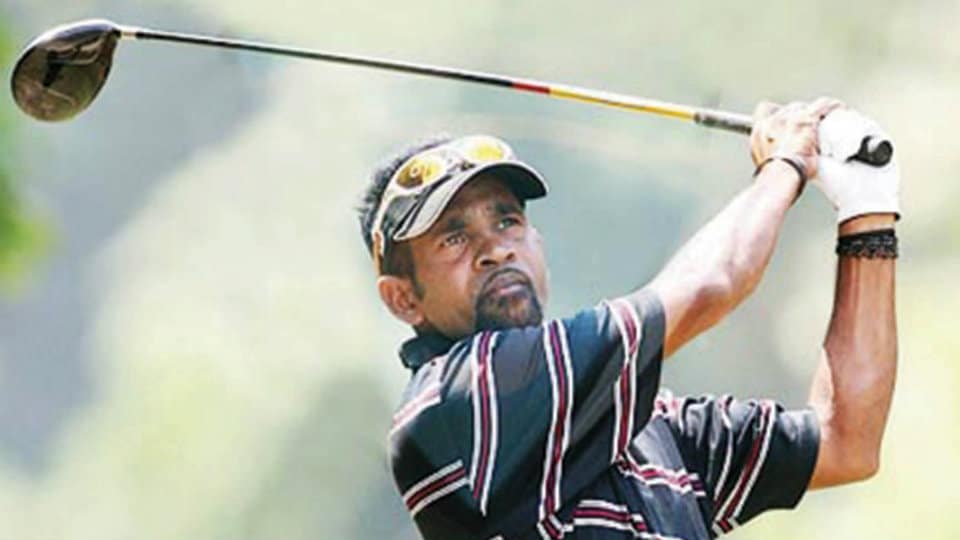 The 45-year-old’s bogey-free effort in windy conditions in the later half of the day took his 36-hole total to an imposing 13-under-131 at the Karnataka Golf Association (KGA) course.

Mysuru lad M.S. Yashas Chandra returned with a two-day aggregate score of two-under 142 (70+72) and is placed 28th in the rankings after the second-day and made the cut for the tournament.

While the experienced Anura shot the tournament’s best score to take pole position, 17-year-old rookie Aadil Bedi of Chandigarh also hogged the limelight with a classy seven-under-65 that placed him second at 10-under-134.

The halfway cut fell at one-over-145 at the Rs.60 lakh event. Sixty-two professionals and one amateur made the cut.

Anura Rohana (67-64), who began the day in fourth place, one off the lead, sizzled from the very start as he sank birdies on his first two holes, the 10th and 11th. Although he missed a number of short putts on the back-nine, Rohana did manage to pick up two more strokes on the 14th and 18th.

Another youngster from Mysuru I.L. Aalaap returned with a two-day score of 146 (75+71) and missed the cut.