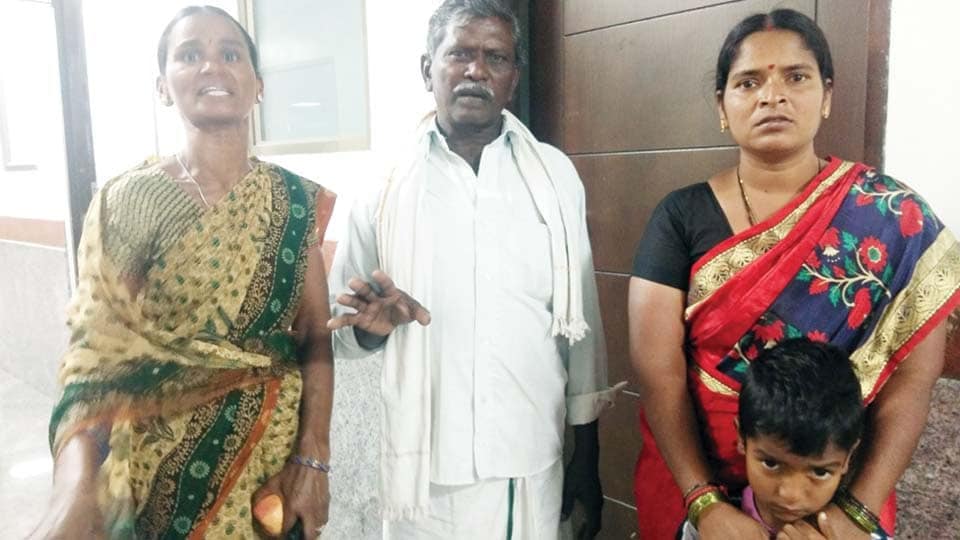 Mysuru: The bereaved families who have lost their kith and kin in the Sulwadi Temple Tragedy are still grieving over their loss.

A pall of gloom has descended on Sulwadi, Bidarahalli, Vaddaradoddi, Martalli and other villages which lost many lives. Though the Police had arrested four accused — Salur Mutt Junior Pontiff Immadi Mahadevaswamy, Ambika, Madesha and Doddaiah — after the tragedy, many people doubt that accused may come out of jail with bail using their clout at Govt. level as they are all influential.

Though a month passed after the fateful day, a 10-year-old boy is still kept on ventilator at Narayana Hrudalaya in city and another half-dozen victims have been availing treatment at various hospitals of Mysuru. Grief-stricken family members are still living in constant fear of losing their loved ones.