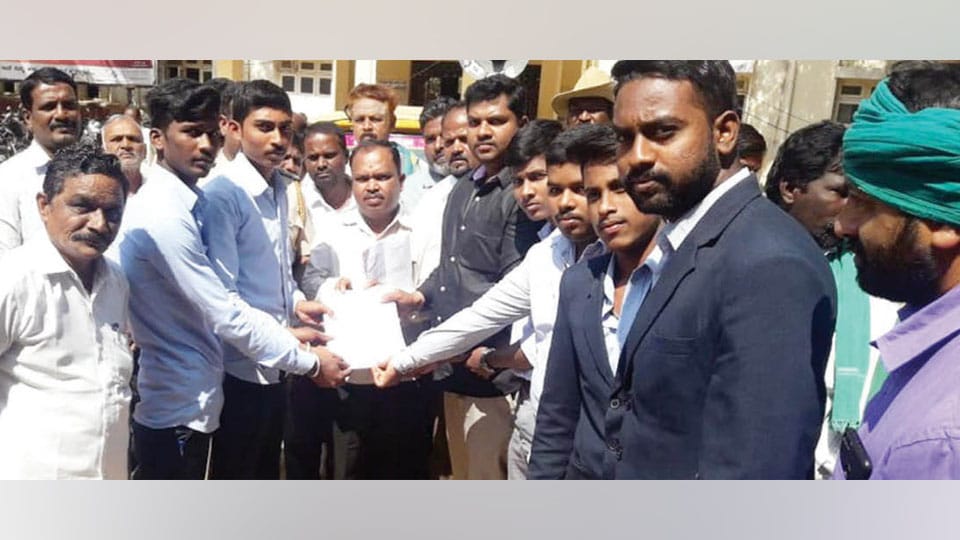 The protesters have also urged the Government to set up Special Fast Track Court to ensure speedy justice to award punishment for the accused.

They felt that delay in the judgement would pave way for destruction of evidence by the accused as they were all powerful. This incident had brought shame to the entire human community.

They submitted memorandums to Chief Minister H.D. Kumarawamy and Chief Justice of High Court  through Assistant Commissioner of Kollegal taluk.

Earlier, hordes of protesters took out a protest march from MGSV College and passed through main streets of the town collecting signatures of more than 4,000 persons to build up the pressure on the Government.