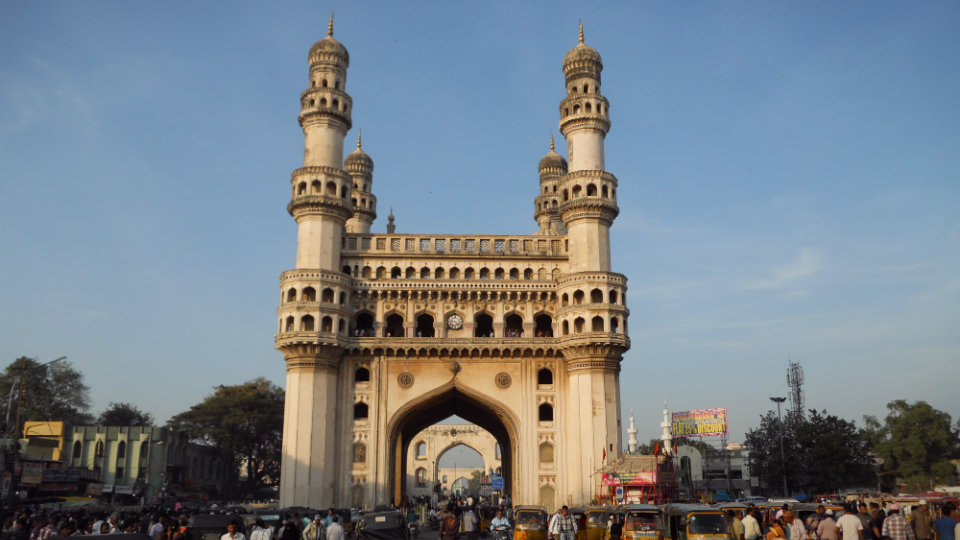 Numismatists (specialists in ancient coin research) all over South India are congregating at Hyderabad on 18th and 19th February 2017. It was originally called Bhagyanagar but now it is Hyderabad. The occasion is the 27th Annual Conference of South Indian Numismatic Society, Chennai. About 150 coin specialists are presenting research papers connected with South Indian Coinage. The Department of Archaeology and Museums of the State of Telangana has been organising this conference with Director N. R. z as the local Secretary and Dr. Veerendar, formerly of the Salar Jung Museum, is the Organising Secretary.

The policy of the South Indian Numismatic Society which caters to the needs of coin experts and coin collectors is to organise  this conference every year at different places in the States of Tamil Nadu, Andhra Pradesh, Karnataka and Kerala. Last time this conference was held at Thiruvananthapuram and next year it will be held in Bengaluru.

Hyderabad is not new to me. In fact, I started my professional career as an Archaeologist at Hyderabad half-a-century ago. I requested my guru Padmabhushana Prof. K. A. Nilakantha Sastry, who was living at Chennai, actually a neighbour of Dr. Sarvepalli Radhakrishnan and the famous actress Padmini (Lalitha and Ragini are the other two). Immediately Nilakantha Sastri contacted the then Director General of Archaeological Survey of India and the latter gave me a job in the Survey as a Technical Assistant. I worked in this capacity for two years.  In the meantime, I got a Fulbright Scholarship to go to Harvard University, USA. Thus ended my association with Hyderabad.

When I was at Hyderabad in the Archaeological Survey of India, I was the only higher officer in that city. Many cinema actors and Directors used to visit Hyderabad for shooting, particularly Charminar, Charkaman, Golconda Fort, Falaknuma Palace etc.  I was to supervise their presence so that nobody would do any harm to the Archaeology monuments. This gave me an opportunity to meet actors and actresses like N. T. Ramarao, Akkineni Nageswara Rao, Bhanumathi and a host of others. They used to treat me with respect and share food with me.

Another thing which is still green in my memory is that I was asked to receive and take around the VIP visitors to monuments. Once Governor Trivedi came to Charminar and wanted to climb the spiral stairs to go up. I politely requested him not to do so. But his Secretary did not heed to my caution and the Governor with his men and officers climbed half way and could not proceed further because of the giddiness. The Collector held me responsible for this without caring for my protests. He even complained to the Archaeological Department but they ignored because Dr. B. K. Thapar knew what I was.

Now coming back to Hyderabad, it was considered as a great centre of culture and hence poets and men of literature from Far East, Central Asia, China and Western Europe used to come to Hyderabad. By 1687AD due to the misrule of the Moghuls, the city lost its glory. In 1947, the Britishers gave to Nizams the administration of Hyderabad. When Nizam refused to accede to Bharat and tried to join Pakistan, Sardar Patel, the Iron man of India, sent an army under Col. Chaudhury who took over Hyderabad in less than twelve hours and Kulapati K. M. Munshi was appointed as the Agent General and Nizam announced before the mike of AIR that he has joined Hindusthan. Everybody heaved a sigh of relief. This has been graphically described by K. M. Munshi in his book ‘End of an Era’ which I had the good fortune to translate into Kannada being published by Bharatiya Vidya Bhavan, Mysuru Kendra.

In those days, the Nizam of Hyderabad was the richest man in the world. But he was stingy. According to K. M. Munshi, he had put on a trouser and a long coat which were pressed when they were tailored. The richest man in the world sat in his Palace (King Kothi) gazing at his wealth of gold coins, gold objects, diamonds etc. They were all covered by a thick cloth and the droppings of the doves were there in plenty. The dust deposited on this would show if anybody has walked in. Of course, nobody had the courage to do so. His harem also had large number of beautiful women who pined away in the harem itself.

Apart from Charminar, there is a mosque called Mecca Masjid which is one of the largest in the world. More than 10,000 persons can pray here at a time. It was started by Quli Qutub Shah and was completed and put to use in 1687 AD. About 1,400 oxen were deployed to bring granite from a distance of 10 kms. Golconda Fort, now a protected monument, was built by Quli Qutub Shah. Among the recent buildings, Birla Mandir may be cited as an example. Another attraction is the Hussain Sagar which has a tank bund of many kms and is a lovers’ paradise.

In addition to these ancient buildings, Hyderabad is famous for the Osmania University. Its entrance built of granite is an architectural marvel. It also has Abdul Kalam Azad Oriental Research Institute, Central Asian Institute, Central Library, Osmania Hospital. One cannot forget the Moosi river which flows in the city. Secunderabad, just about 6 kms away, is another phase of Hyderabad. There are many bridges and Lakdika Phool is well-known.

Hyderabad also has a large number of Kannada-speaking people working in many offices of Government of India. I had my office in Chikkadapalli.  In fact there was a proposal to make Hyderabad as the capital of our country because it was a central place of the country. But since Delhi had all infrastructure Hyderabad was ignored. I am happy that the Numismatic Society of South India is conducting its conference in Hyderabad which has played a significant role in the political and cultural history of our country.