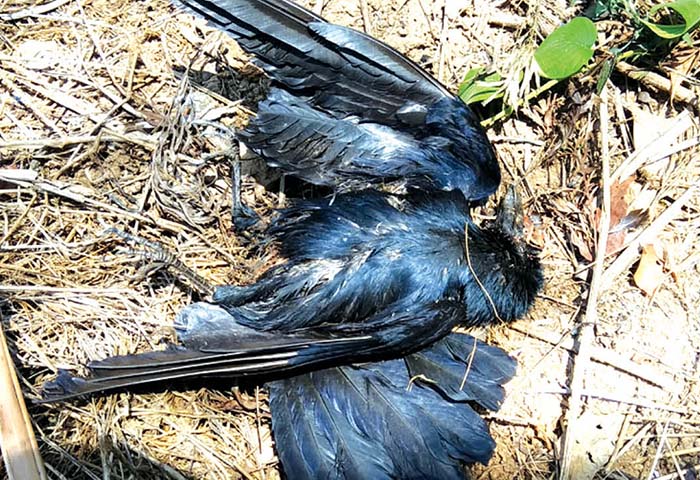 Napoklu: Residents of Kodagu, who are panicked following a man being tested positive for Coronavirus, are now a worried lot after more than 20 crows were found dead behind the Anganwadi Centre at Kottamudi in Hodduru Gram Panchayat limits yesterday, which has triggered Bird Flu scare.

Dead crows were also found at the coffee estates in Kottamudi and it is suspected that more crows could be dead in forests and other coffee estates in the surroundings. But there are doubts as to why only crows were found dead and not any other birds and whether the birds have died of Bird Flu or other disease.

Following the death of crows, Deputy Commissioner (DC) Anees Kanmani Joy has ordered a team of veterinarians to inspect the place and investigate into the death of crows following which the team has left for Kottamudi.

Meanwhile, the DC said that the exact reason for the death of crows would be known only after conducting necessary tests. It is learnt that there are no high tension power lines in the vicinity and if at all the crows were electrocuted, their carcasses would not have fallen in different places.

As crows live in groups, there are chances that the crows might have consumed some poisonous substances which resulted in their deaths and the reason for their death would be known only after receiving the report from the laboratory.