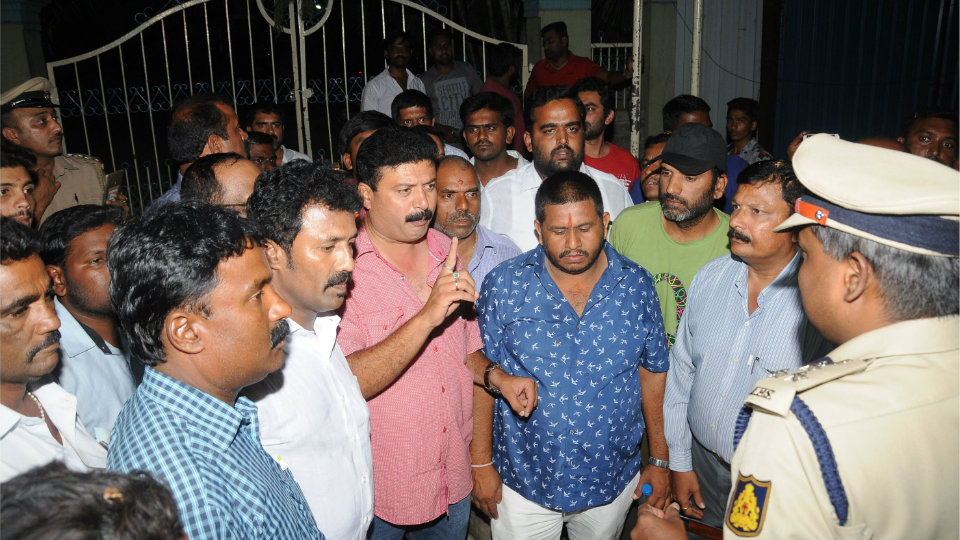 Even as the by-polls campaign by the Congress and BJP getting bitter by the day, with leaders of both the parties trading charges against each other, the BJP yesterday charged Congress leaders of distributing money to the voters.

After getting information that Congress leaders were distributing money to Nanjangud voters at a Kalyana Mantap on Sayyaj Rao Road, BJP leaders rushed to Puttamma Ramaiah Kalyana Mantap and staged a demonstration.

The BJP leaders, who accused former Minister Satish Jarkiholi and Sunil Bose, son of PWD Minister Dr. H.C. Mahadevappa of bringing Nanjangud constituency voters to the city and distributing money to them, demanded action against the two leaders.

The BJP workers also alleged that Congressmen upon learning of their (BJP workers) visit to the Kalyana Mantap, jumped the walls of the Kalyana Mantap and ran helter-skelter and saved themselves from being arrested by the Police who reportedly arrived minutes later. 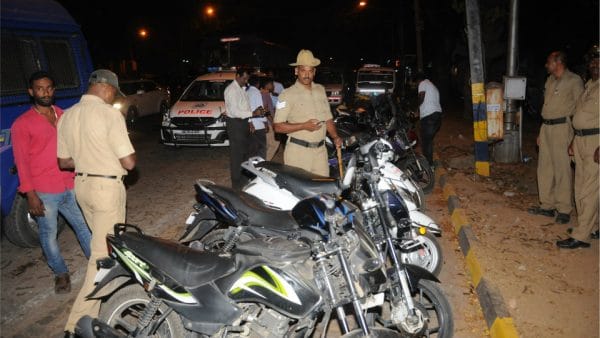 As soon as City Police Commissioner  Dr A Subramanyeshwar Rao,  DCP H.T. Shekar and other Police Personnel arrived at the spot, the BJP leaders accusing the Congress leaders of indulging in electoral malpractices, demanded action against them, when wordy duel took place between the Police and BJP workers.

Meanwhile, the BJP accusing Chief Minister Siddharamaiah of misusing the administrative machinery, alleged that the Congress had bought villagers from Kanuvinahalli and surrounding areas and distributed money and food to them. Accusing the Police of arriving late, the BJP workers alleged that former Minister Satish Jarkiholi was allowed to escape under cover.

The BJP has complained to the State Election Commission seeking action against Congress for distributing money.