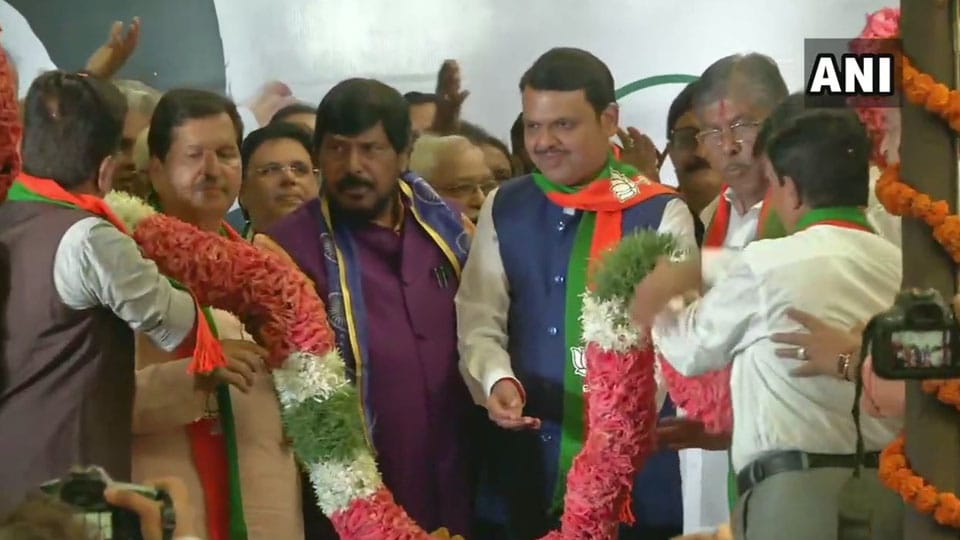 Mumbai / Chandigarh:  The Bharatiya Janata Party (BJP)- Shiv Sena alliance is all set to retain power in Maharashtra with a combined lead in 166 seats out of the 288-member Assembly (magic number 145). Counting of votes began at 8 am today. While BJP is leading 102 seats, the Shiv Sena is leading in 64. Meanwhile, the opposition Congress-NCP alliance was leading in 90 seats and others in 32 seats when we went to the press.

However, it was not a good result for the ruling BJP in Haryana as the State threw up a hung Assembly with no party reaching the magic number of 46 seats.

Both the BJP and Congress were leading in 35 seats each in Haryana while Jananayak Janata Party (JJP) led by Dhusyant Chautala was leading in 10 seats and others in 10 seats in the 90-member Assembly. The JJP could emerge as a king-maker since both Congress and BJP do not have the required number of 46 MLAs to form a majority Government.

Sources said, though Congress offered DyCM’s post to Dhusyant Chautala, the offer was rejected as the JJP leader was adamant on Chief Minister’s post. However, former Haryana Chief Minister and Congress leader B.S. Hooda is said to be in constant touch with JJP following orders from party high command in New Delhi. Meanwhile, BJP has adopted a ‘wait and watch’ policy.