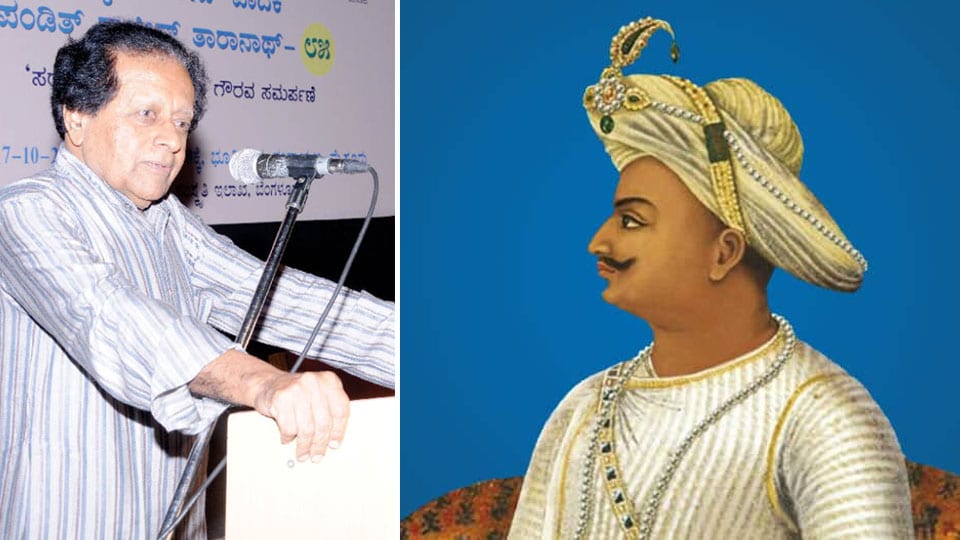 Mysuru: Accusing the BJP of creating unnecessary ruckus over Tipu Jayanti celebration, former Minister and KPCC Vice-President Prof. B.K. Chandrashekar (BKC) has said that the BJP has raked up the Tipu issue as it has no other agenda.

Addressing a press meet at Jaladarshini Guest House here on Saturday, Prof. BKC alleged that the BJP had never taken up economical and social issues in its propaganda and instead it is raking up issues which disturb communal harmony.

Hitting out at Prime Minister Narendra Modi, the senior Congress leader, quoting a survey conducted by the Centre for Monitoring Indian Economy (CMIE), said that 15 lakh jobs were lost in the first four months of this year post-demonetisation.

Claiming that demonetisation had badly hurt the Indian economy, he said that lakhs of jobs have vanished in the unorganised sector following demonetisation, Prof. BKC said that thousands of small traders and vendors have come to the streets.

Accusing the BJP of intellectual and ideological bankruptcy, he maintained that the only agenda the BJP was is to raise communal passions ahead of the elections for political gains.

Lashing out at PM Modi for inducting Ananth Kumar Hegde, a Hindu protagonist into the Union Cabinet, he reiterated that the BJP was attempting to make cheap political gains by targeting minority communities.

Referring to the non-appointment of Vice-Chancellors for a few prestigious Universities of the State including the University of Mysore, Prof. BKC said that an expert committee of academicians comprising faculty members from eminent institutions like IISc and IIM should be formed to select the new VCs.

Highlighting the role of Universities in moulding the future of thousands of students, he said that Universities should not become the cess pool of corruption.

He further said that Universities should keep politics out and instead focus on becoming world class institutions of academic excellence.