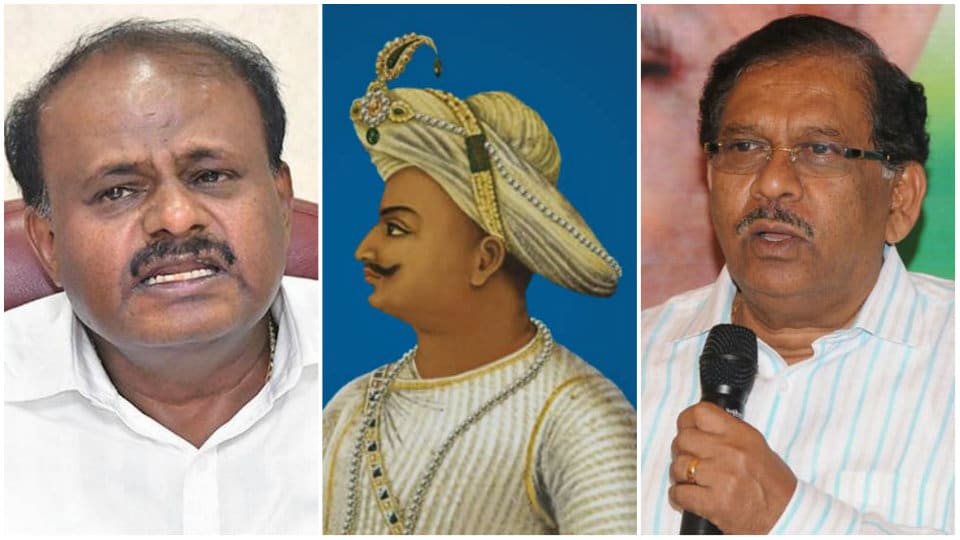 Deputy Chief Minister Dr. G. Parameshwara will inaugurate the State celebrations at the Banquet Hall of the Vidhana Soudha in Bengaluru tomorrow at 11.30 am. The official invitation printed by the Department of Kannada and Culture that is organising the event does not have Kumaraswamy’s name.

Sources told Star of Mysore that Kumaraswamy will be in Mysuru at a private place to catch up some rest and sleep and he has reportedly instructed the Kannada and Culture Department not to include his name in the official invite as he will not be able to make it.

An official statement from Chief Minister’s Office says the CM will be away from all official engagements till Nov. 11. He will spend time with his family, the statement said.

Due to coalition compulsions, the Kumaraswamy government has reluctantly agreed to celebrate Tipu Jayanti, which is being opposed by the BJP and the people in Kodagu. The JD(S) has always stayed away from Tipu Jayanti when it was in the Opposition and does not seem to be keen on celebrating it now, sources said.

However, the party has deputed its senior leader and MLC Basavaraja Horatti to preside over tomorrow’s event. This is to prevent a wrong message going to people that JD(S), despite holding the government reins, has stayed away from the State event, sources said.

Even though Kumaraswamy has warned the BJP that the Government will act firmly if they create law and order issues during the celebrations, his absence at the State-level event has led to a lot of speculations.