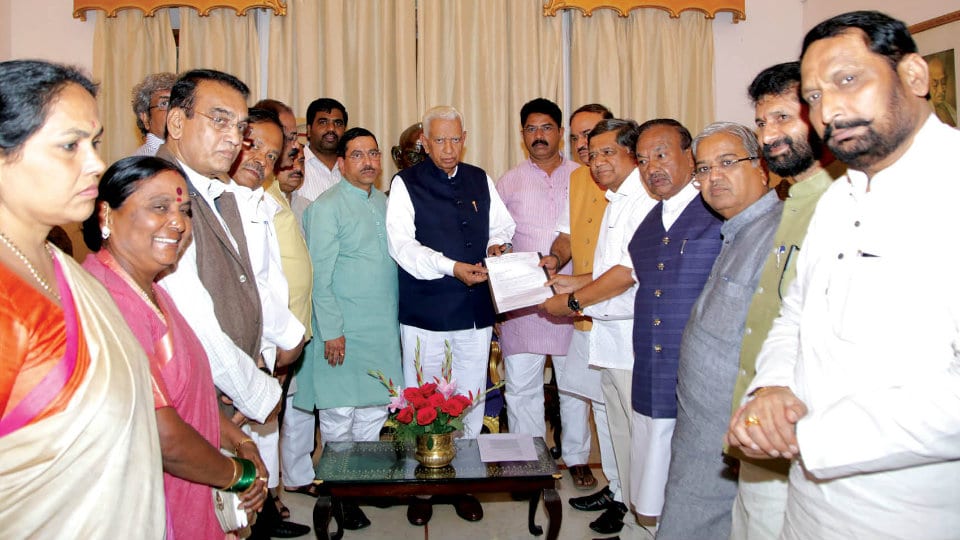 Alleging that the Siddharamaiah Government was behind the registration of false cases against Yeddyurappa, the BJP delegation is all set to apprise the Governor on the allegation made by senior KAS Officer Basavarajendra that he was being pressured by the ACB to testify against Yeddyurappa in the alleged illegal de-notification case.

It may be mentioned here that BJP had staged Statewide protests yesterday condemning the ‘false cases’ registered against the party State Chief.

Meanwhile, CM Siddharamaiah, reacting to the BJP’s charge on Sunday, said that he was not the one to carry out a witch-hunt. The ACB had registered a case based on a complaint by one  D. Aiyappa and he had nothing to do with it.

Maintaining that the Government will not intervene in the ACB probe, Siddharamaiah dismissed allegations that he was practising politics of hatred by falsely implicating Opposition leaders.