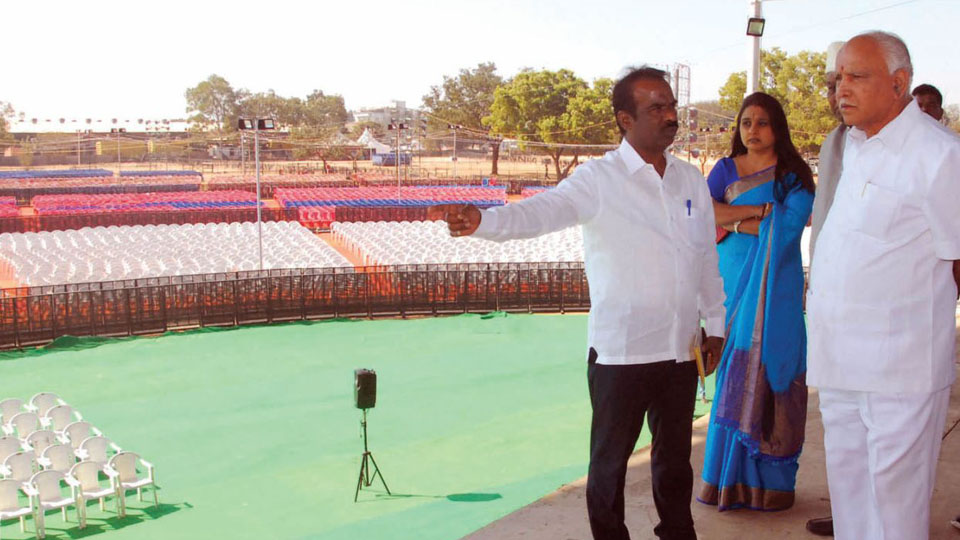 Speaking to press persons after inspecting the preparations for the PM’s rally at Palace Grounds here yesterday, State BJP President and former CM B.S. Yeddyurappa said that the Prime Minister’s rally is certain to shore up the party’s rank and file ahead of the forthcoming Assembly polls.

Yeddyurappa also said that Modi, during the course of his speech, may not touch upon the Mahadayi river row and is also not expected to make any promises to the State.

Explaining the preparations for the rally, he said that the party expects 3-4 lakh people to show up at Modi’s rally.

Stating that the BJP is ready to pre-empt any possible attempts by the State Government to scuttle the rally by preventing people from reaching the venue, the State BJP Chief said that more than 100 volunteers, all IT professionals, have been roped in to popularise Modi’s visit.

Pointing out that the party hopes to cash in on Modi’s popularity among urban voters, he said that the venue has been decked up for the PM’s rally, with elaborate arrangements — 20 LED screens, a mini hospital, 250 urinals and 75 e-toilets, 250 food counters and so on.