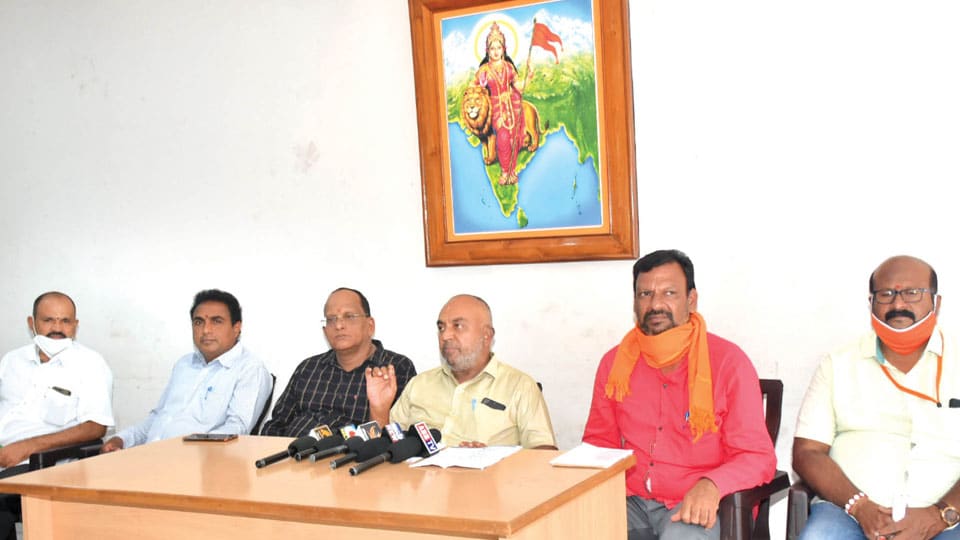 Mysore/Mysuru: The City BJP Unit will observe June 25 as ‘Black Day’ in protest against the imposition of Emergency on nation by the Congress Government headed by Prime Minister Indira Gandhi in 1975.

Disclosing this at a news meet at the BJP Office here yesterday, City BJP President T.S. Srivatsa said a video-conference will be held in all Assembly Constituencies of the city on June 25 to explain the holocaust during the days of Emergency. Through this, the BJP wants to explain anti-people and dictatorial attitude of late Indira Gandhi.

Various programmes from June 23 to July 26

Srivatsa said, with a view to popularise Prime Minister Narendra Modi’s ‘Mann Ki Baat’, a special en masse listening of this programme on All India Radio (AIR) has been organised on June 27. The programme will be held in Booth-level and also at several public places. In case the PM mentioned names of persons belonging to this region, such personalities will be felicitated in a special manner. All programmes will be held as per the COVID-19 guidelines issued by the State and the Union Governments.

BJP Spokesperson M. Mohan said, people suffered a lot during two years of emergency clamped by Indira Gandhi in 1975. Those who raised their voice against her were arrested and sent to jail. The rights of citizens were snatched during that time. Five persons were sent to jail for raising the slogan ‘Bharat Mata Ki Jai ‘ at Chamundipuram Circle. People who went to jail during Emergency will be feted on June 27. Virtual meetings will be held to create awareness among people.