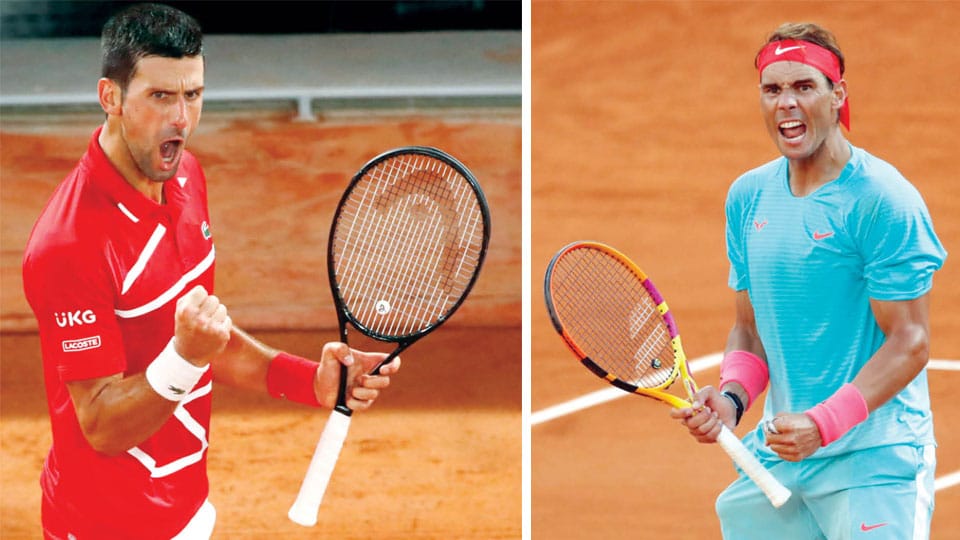 World number one Djokovic, the 2016 champion at Roland Garros, reached his fifth final in Paris, defeating fifth seed Tsitsipas 6-3, 6-2, 5-7, 4-6, 6-1 in a roller-coaster of a contest where he had held a match point in the third set.

On Sunday, Djokovic can win an 18th major and become the first man in half a century to win all four Slams twice.

Nadal, the world number two, can equal Roger Federer’s all-time record of 20 Grand Slam title wins. Djokovic is one of only two men to have defeated Nadal at Roland Garros in 15 years. Sunday will be their 56th clash.