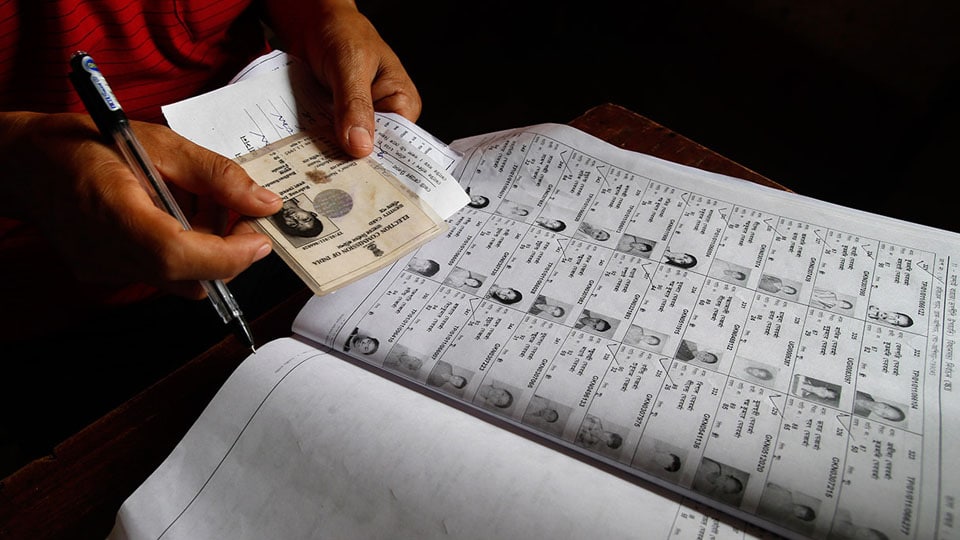 Mysuru:  The names of more than 200 voters belonging to Christian community at Bogadi coming under Chamundeshwari Constituency limits are missing from the voters’ list, alleged the leaders of the community.

Addressing a press conference at the Pathrakartara Bhavan, this morning one of the leaders Sandesh Joseph D’Souza said that Christian priests, nuns and others in the community have been voting in the elections since the last 36 years. However, this is the first time that a majority of their names have been missing from the voters list.

When the matter was brought to the notice of the Gram Panchayat officials, they brushed aside the issue and did not respond to their plea. The Bogadi Carmelite chief called the  Village Accountant Kumar and he replied in a rude manner, he charged and added that when they applied under RTI (Right to Information) seeking the reasons for the names missing from the voters list, they had not received a reply.

“We have the right to cast  our franchise and no one can take away that right from us. The Election Commission of India has to view this issue seriously, step in and take immediate action against the persons responsible for this  serious lapse and see that we are given an opportunity to vote in the elections on May 12,” said D’Souza.

Sister Salina urged the Chief Electoral Officer to see that they are not deprived of the opportunity to vote. Others present at the press meet were Sister Veena and Sister Anila.