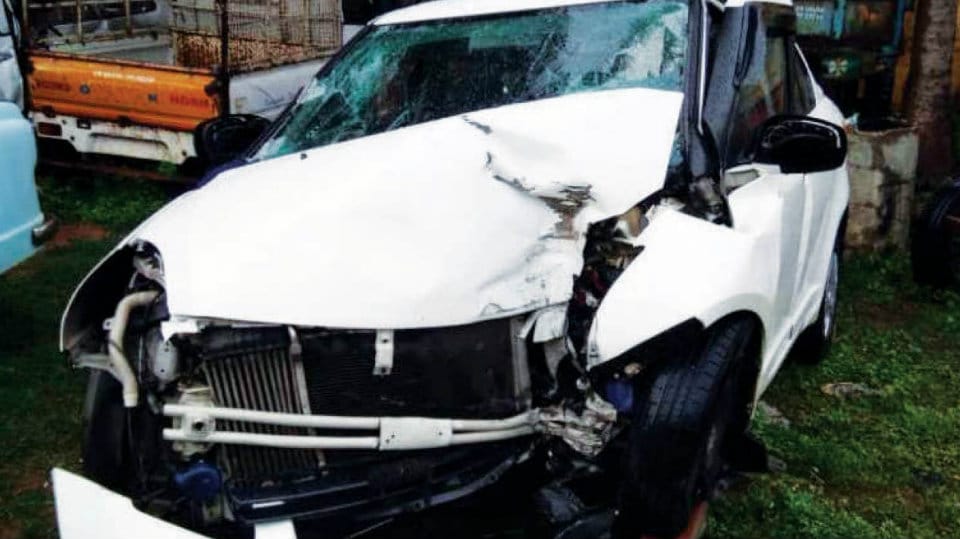 Hunsur: A Mumbai-based Bollywood stunt director was killed on the spot and two others were injured when the car they were travelling rolled over after hitting a road divider at Yashodapura near  Hunsur town in the wee hours of Tuesday.

The deceased has been identified as Sattar Ahamed Khan (41). The other injured was stunt master Arunkumar. He was rushed to a private hospital in Mysuru and is undergoing treatment. The driver of the car Umesh escaped with minor injuries.

The incident took place when they were heading towards Madikeri for final stage shooting of ‘Udgarsha’ Kannada movie directed by Sunil Kumar Desai. The film crew had camped in Madikeri surroundings for the shooting.

Ahamad Khan had come from Mumbai along with Arunkumar for film stunt shooting after hiring a car (KA-42-A-6064) from a private travels agency directly from Bengaluru International Airport.  The accident might have occurred due to mist, Police said.