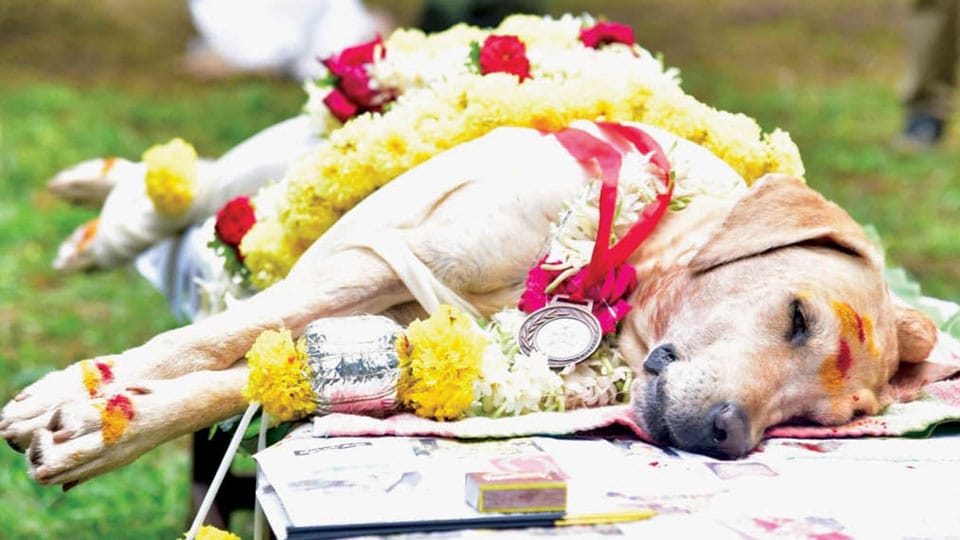 Mysore/Mysuru: Lucky (7), a Labrador, who was serving as a Bomb Detective Dog at the Dog Squad in city, passed away on Oct. 20 after developing fever on Sunday.

He had served for more than six years at the Dog Squad.

Lucky had bagged a medal at the South Range Police Meet in 2018. He was being handled by Manjunath. Lucky had helped the Police in nearly 200 bomb detection assignments.

Lucky was cremated with full Police honour on Wednesday.

Hari, the 9-year-old Labrador, serving as a Bomb Detector, retired from service yesterday. He had served for eight years.

Upon his retirement, Hari was felicitated by City Armed Reserve (CAR) DCP Shivaraj with a garland and a shawl.

As Hari is suffering from kidney ailment and is visually impaired, he has been sent to People for Animals (PFA) shelter, where he would be staying for the rest of his life as he could receive medical attention when required immediately.