Home » News » Book release turns out to be a condolence meeting 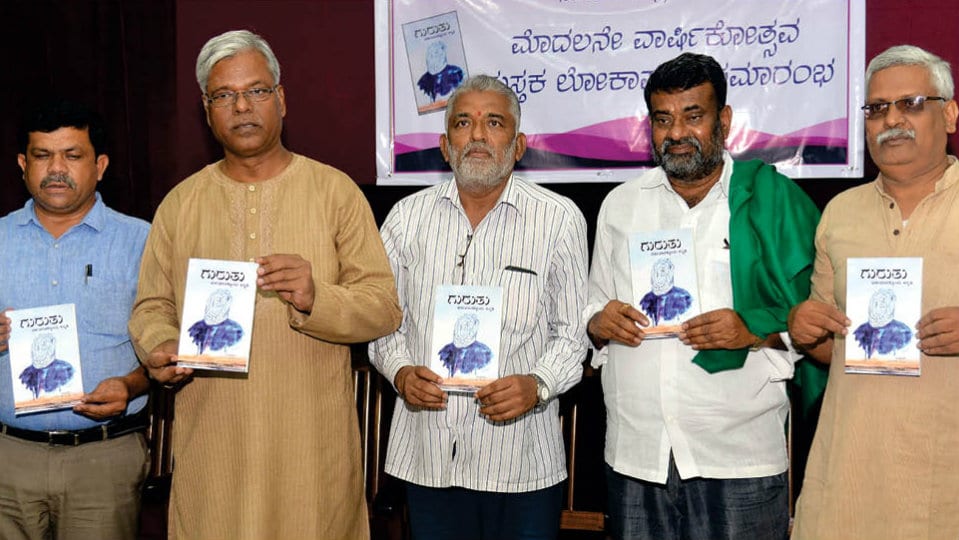 Book release turns out to be a condolence meeting

Mysuru: A book release function organised by the city’s Guruthu Balaga marking its first anniversary at Maneyangala in Kalamandira premises on Monday virtually turned out into a condolence meeting to pay tributes to renowned writer and Jnanpith awardee Girish Karnad, who passed away in Bengaluru on June 10.

Floral tributes were paid to a portrait of Karnad as a mark of respect to the departed writer.

Pointing out that Karnad was a multi-lingual writer, actor and playwright, Arvind Malagathi said that Karnad always stood for the principles he advocated and his death was a big loss to the State.

Commenting on ‘Guruthu Varthamaankkondu Kannadi’ brought out by Sri Nidhi Books, he said that the Guruthu Balaga has done a good job by espousing social issues haunting the society. Noting that the book focuses on bringing about a societal transformation, he said the book is a thought-provoking one.

Stating that the Centre’s efforts to enforce Hindi through National Education Policy was fraught with an ulterior motive of pushing Hindi in Southern States, he urged the Centre to treat all Indian languages on par and  promote them as part of regional aspirations.