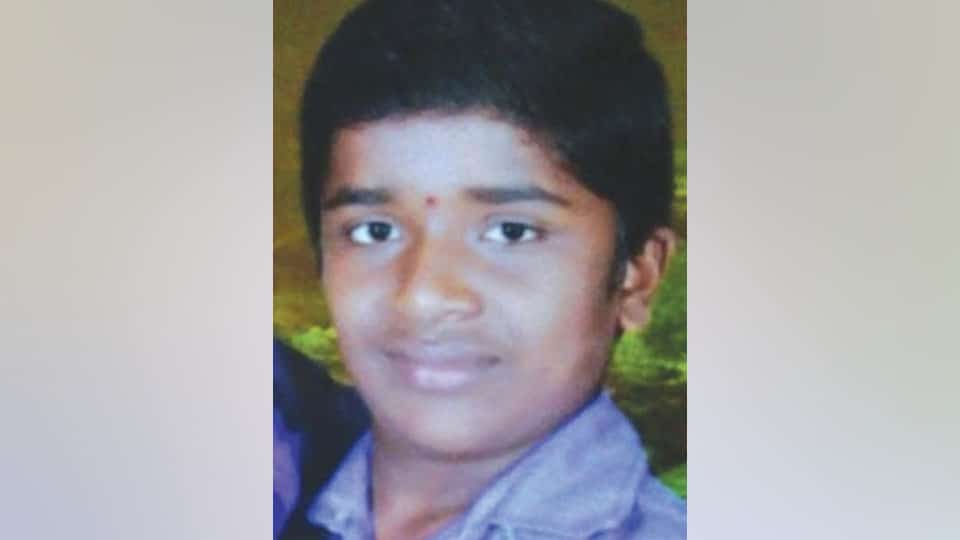 Mysuru: A 13-year-old boy, who had gone swimming along with his friends at a Kalyani in Jayanagar here was drowned in the Kalyani yesterday.

The deceased boy has been identified as Mohan Kumar, son of Siddapaji, a resident of K.G. Koppal, who was studying in 8th standard at JSS School in Saraswathipuram here.

Yesterday being a holiday, Mohan, along with three of his friends, went for a swim to Kolakatte Kalyani in Jayanagar located behind Apollo BGS Hospital where he was drowned.

His friends immediately alerted the residents, who rushed to the Kalyani and searched for the body of Mohan but in vain.

They later informed the Fire Brigade Station, which immediately rushed its personnel to the spot and searched for the body for more than an hour before retrieving the body from the Kalyani.

Ashokapuram Police, who visited the spot on receiving information, conducted an inspection and have registered a case in this regard.