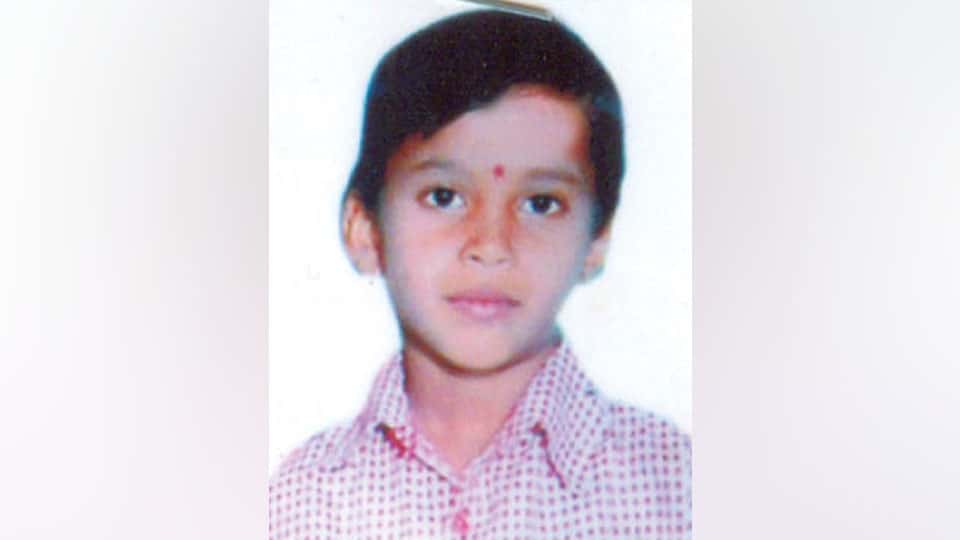 Mysuru: A 11-year-old boy has gone missing from Vidyaranyapuram Police limits in city. The missing boy is identified as Santosh Kumar. According to the complaint lodged by his father Ramesh with the Police, he (Ramesh) along with his wife and three children had gone to Adishakti Temple in Chamarajanagar on Sept.1 leaving his other two children Deepak and Santosh Kumar at home. When he returned in the evening, he did not find Santosh at the house and assumed that he had gone out to play. As Santosh did not come home even in the night, the family members launched a search for him but in vain and finally lodged a missing complaint.

Santosh Kumar is 3 ft. tall, wheatish complexioned, oval faced, normal built, has a mole on his right thigh, speaks Kannada and was wearing a brown and pink coloured shirt and black jeans pant at the time of going missing. Those having any information about the missing person, may contact Vidyaranyapuram Police Station on Ph: 0821-2418122/ 322/ 522 or Police Control Room on Ph: 0821-2418339/ 340.