Home » News » Brahmakumaris lauded for their service to society 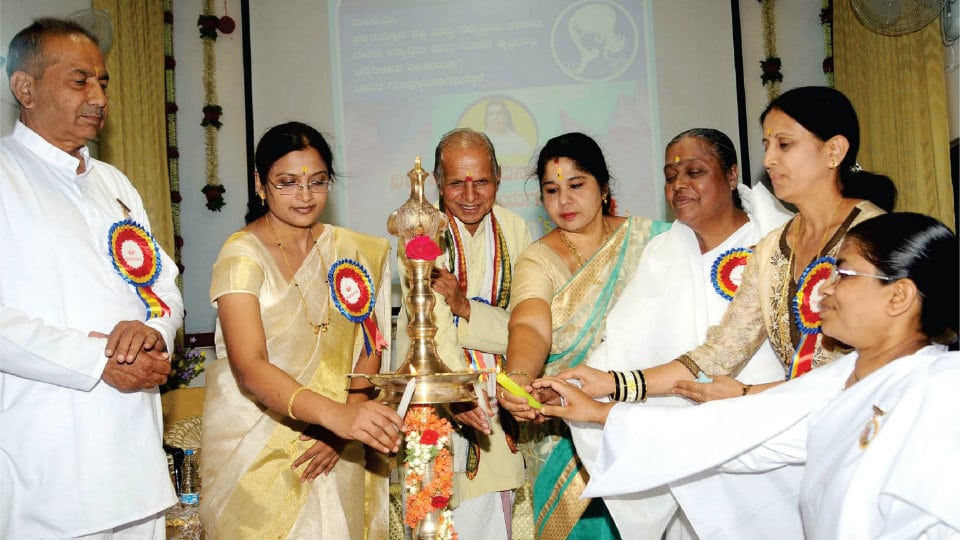 Brahmakumaris lauded for their service to society

“There is no life without woman. But still only when man and woman strive together can health and happiness be established in this society,” opined Nirmala Mathapati, Deputy Director of Rangayana.

She was speaking as the chief guest at the International Women’s Day organised by Brahmakumaris, Yadavagiri.

Continuing, she said that to gain success in life, man and woman need to work together. At the same time it has become the prerogative of man to provide equal opportunities and facilities to woman at this juncture. Even in 21st century, a woman is sometimes being treated as a second class citizen by the family and the society, despite she showcasing her abilities and skills. Therefore, a woman needs to be provided the same forum and position that the other sex is enjoying so that a better society is created, she added.

Dr. K. Anantharamu, Kannada writer, who presided over the programme, said that in a family atmosphere, it is the patience, perseverance and sacrifice of woman that is helping the family members to progress. Normally the woman feeds herself last and her attitude that we need to eat only after the men folk are fed is a great virtue. Such are the qualities of a woman which she imbibes by her birth that have made her personality stronger though she may be weak physically compared to man.

In Brahmakumaris, it is heartening to note that women are the leaders and they take all the decisions for the benefit of the institution. Perhaps this is the only institution of this magnitude in this world which is being run by women. Therefore, Brahmakumaris need to be saluted for their magnificent service that they are rendering to the society, he said.

In his keynote address, BK Ranganath, Hon. Principal of Rajyoga Education Foundation, Mysuru, expressed that womanhood is mainly a state of mind which needs to be encouraged for her all-round development right from childhood by parents.